Here's another long overdue post on a road trip adventure the Big K and I did in the Alsace region of France. The trip was supposed to be a two-week Tuscany tour that we had been planning on and off for quite some time. But for one reason or another our adventure "under the Tuscan sun" had to be put off for a later time.

Our change in travel plans as it turned out, worked perfectly! The big K and I had one of our most memorable times driving around Alsace's Route des Vins. Our week was spent visiting picturesque towns and villages, sampling some of Alsace's mouth-watering cuisine (I wrote an earlier post on this), a visit to an impressive mountain fortress, drooling (the big K mostly) over hundreds of classic cars in one of the world's biggest collections of vintage automobiles. Most of all, we spent a most delightful week just driving around (and getting lost!) while enjoying each others' company in the simple, welcoming beauty of the Alsace countryside. 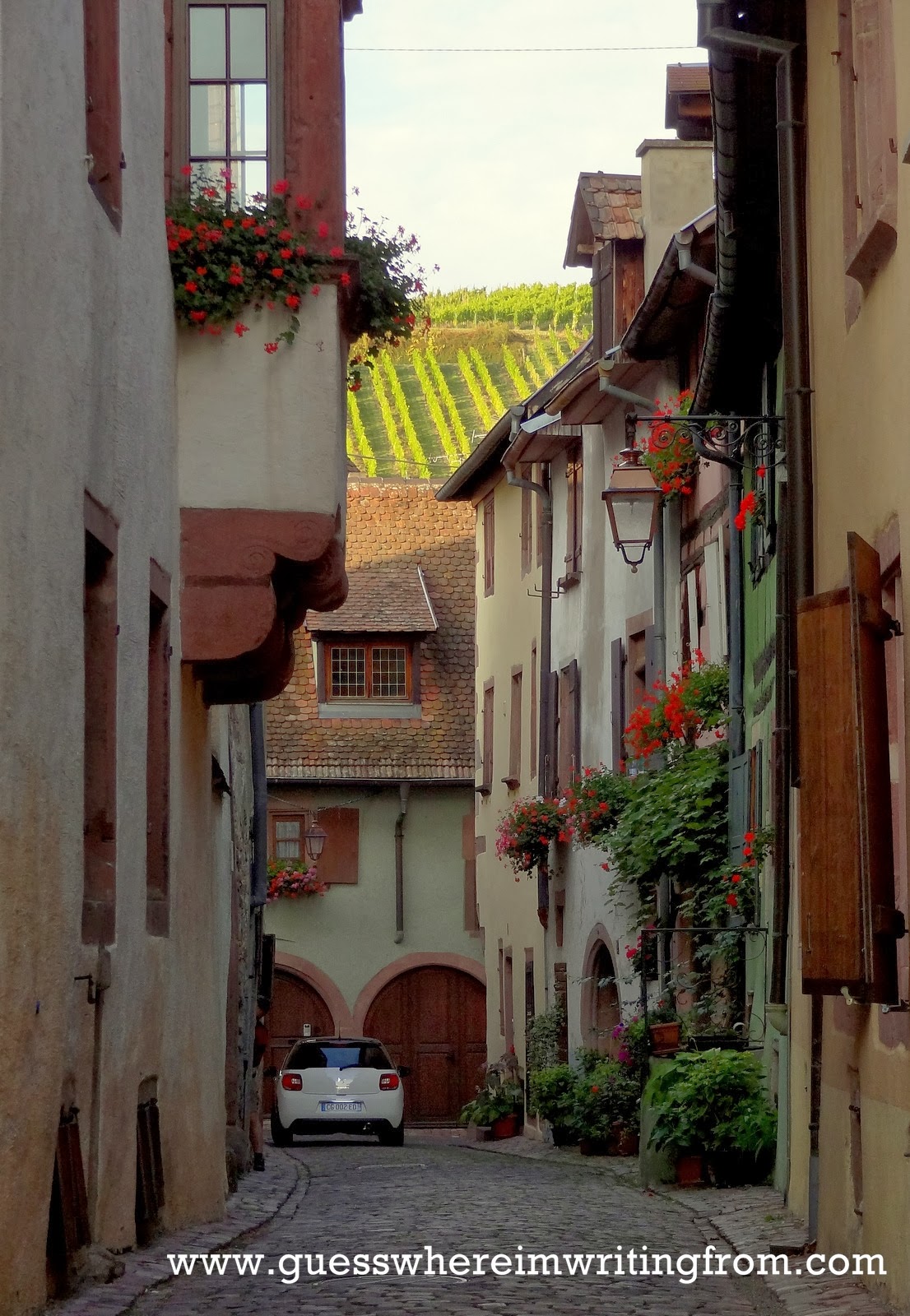 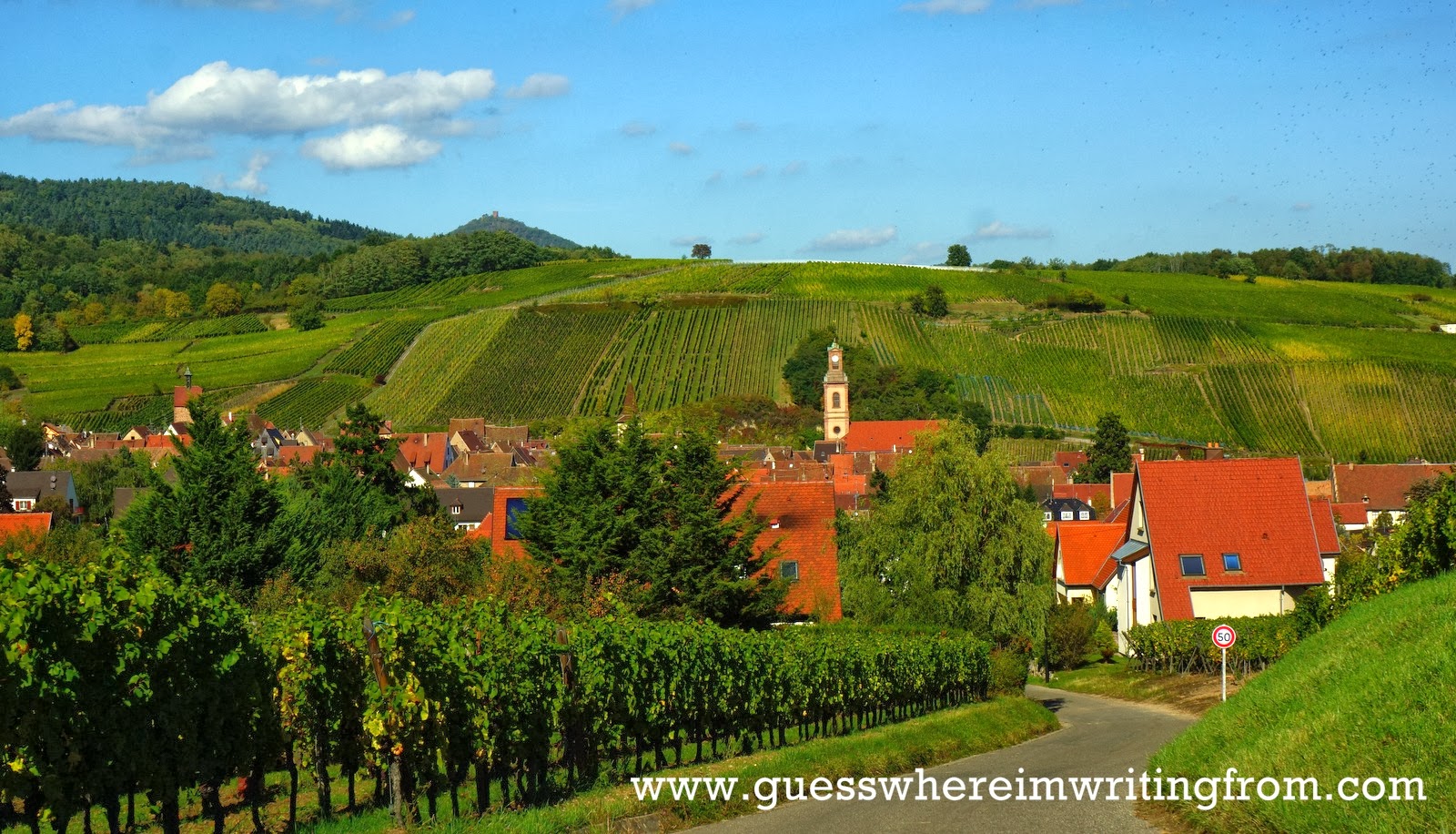 For those of you who are geographically-challenged, Alsace is a region in the eastern border of France adjacent to Germany and Switzerland. It has always been known for its famous vineyards thanks to the early Romans who established Alsace as the center of viticulture.

It was a breeze picking up our rental at the Gare de Strasbourg and with Emily's help (our trusty GPS), we were on our way to Riquewihr where we booked our stay in a charming hotel, Le Sarment D'Or. Here's my review of the hotel in TripAdvisor.

Riquewihr is a quaint medieval town an hour's drive south of Strasbourg. It is included in the list of "Les Plus Beaux Villages de France" (Most Beautiful Villages of France). The town sort of reminded us of Rothenburg ob der Tauber and it also has a branch of Käthe Wohlfahrt's Christmas shop.

Château du Haut-Kœnigsbourg is an impressive 15th century mountain fortress perched in the Vosges Mountains in the village of Orschwiller. 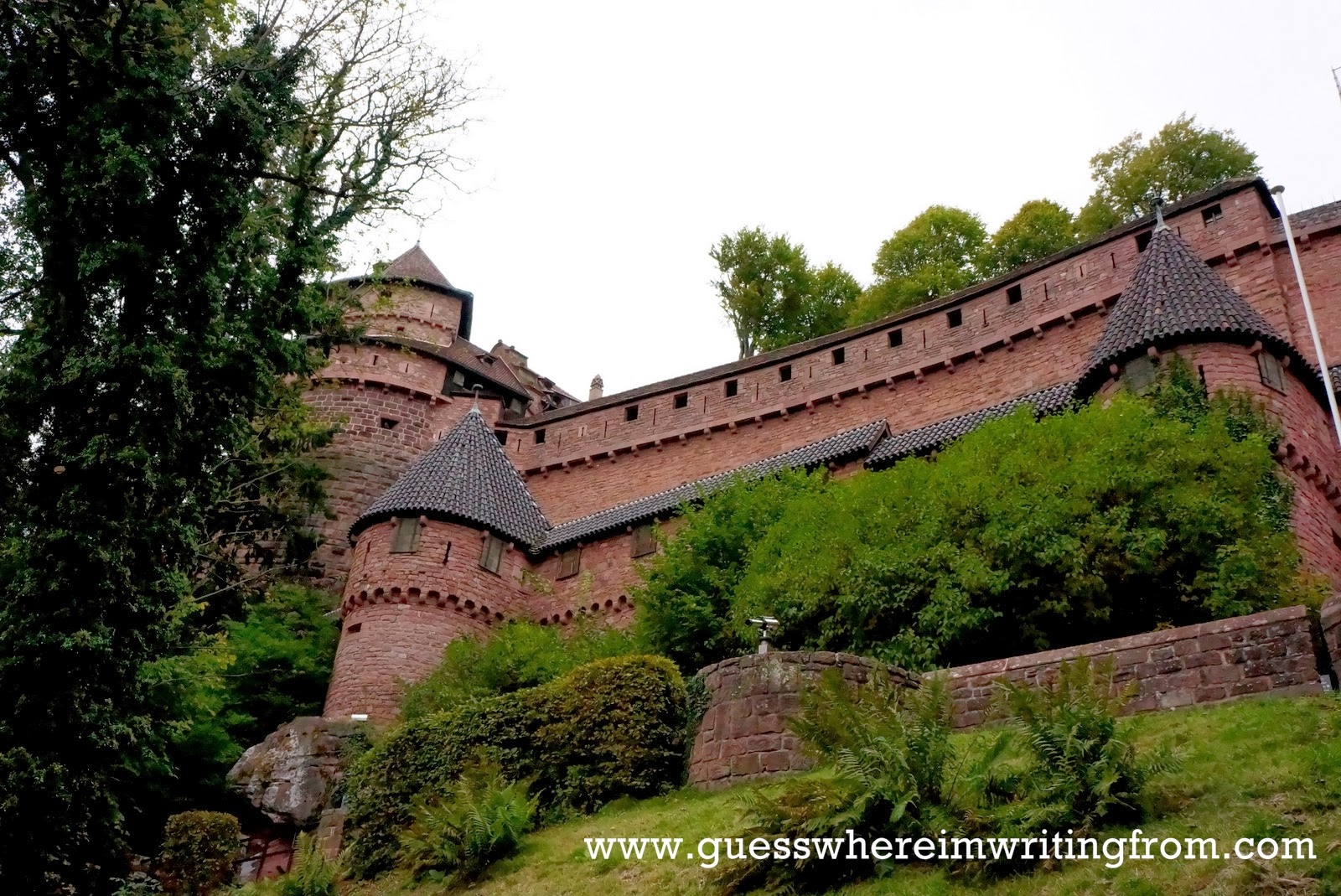 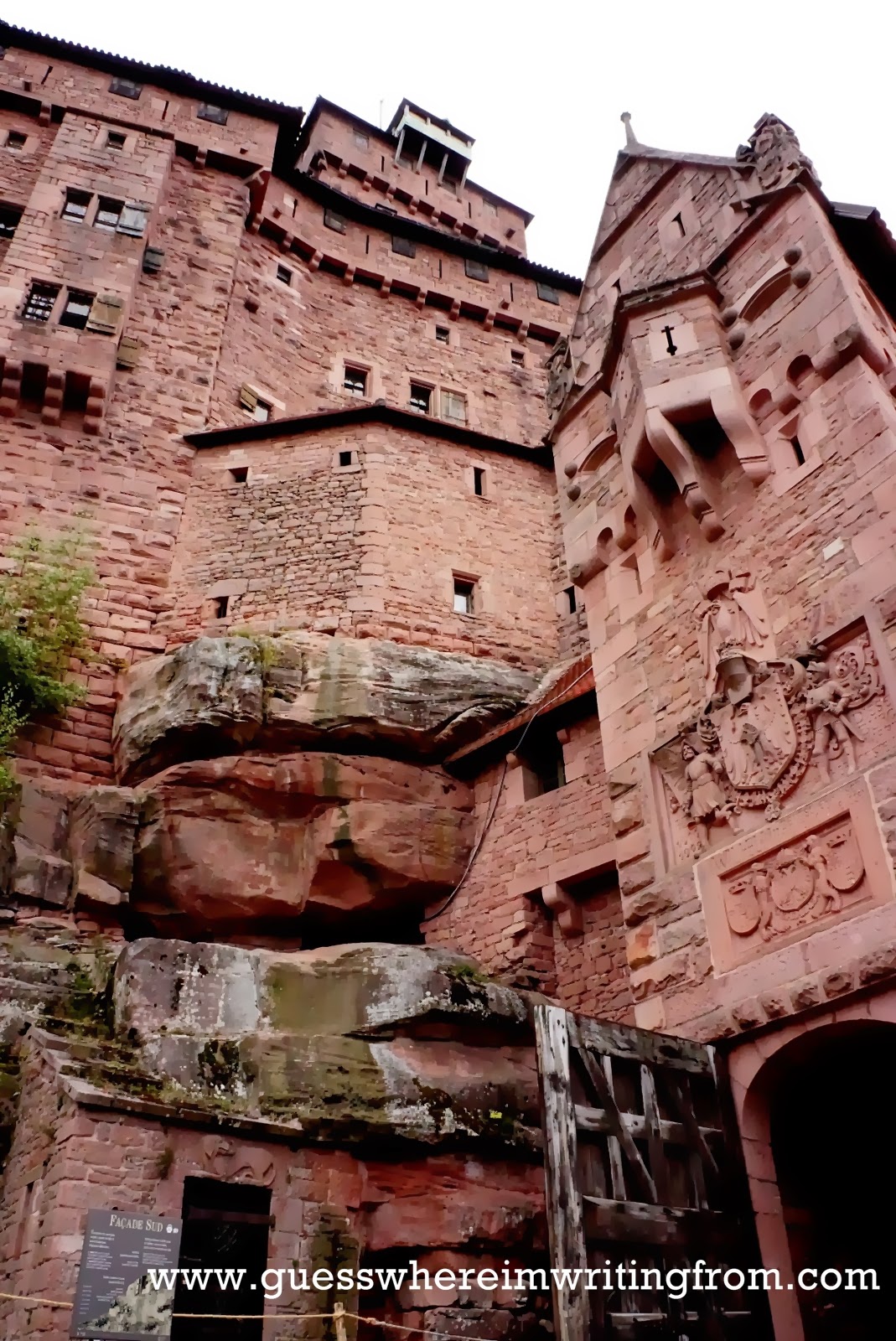 The home to three fortified castles, now in ruins, the Saint Ulrich castle (as seen in the picture below), the Girsberg castle and the Haut-Ribeaupierre castle. 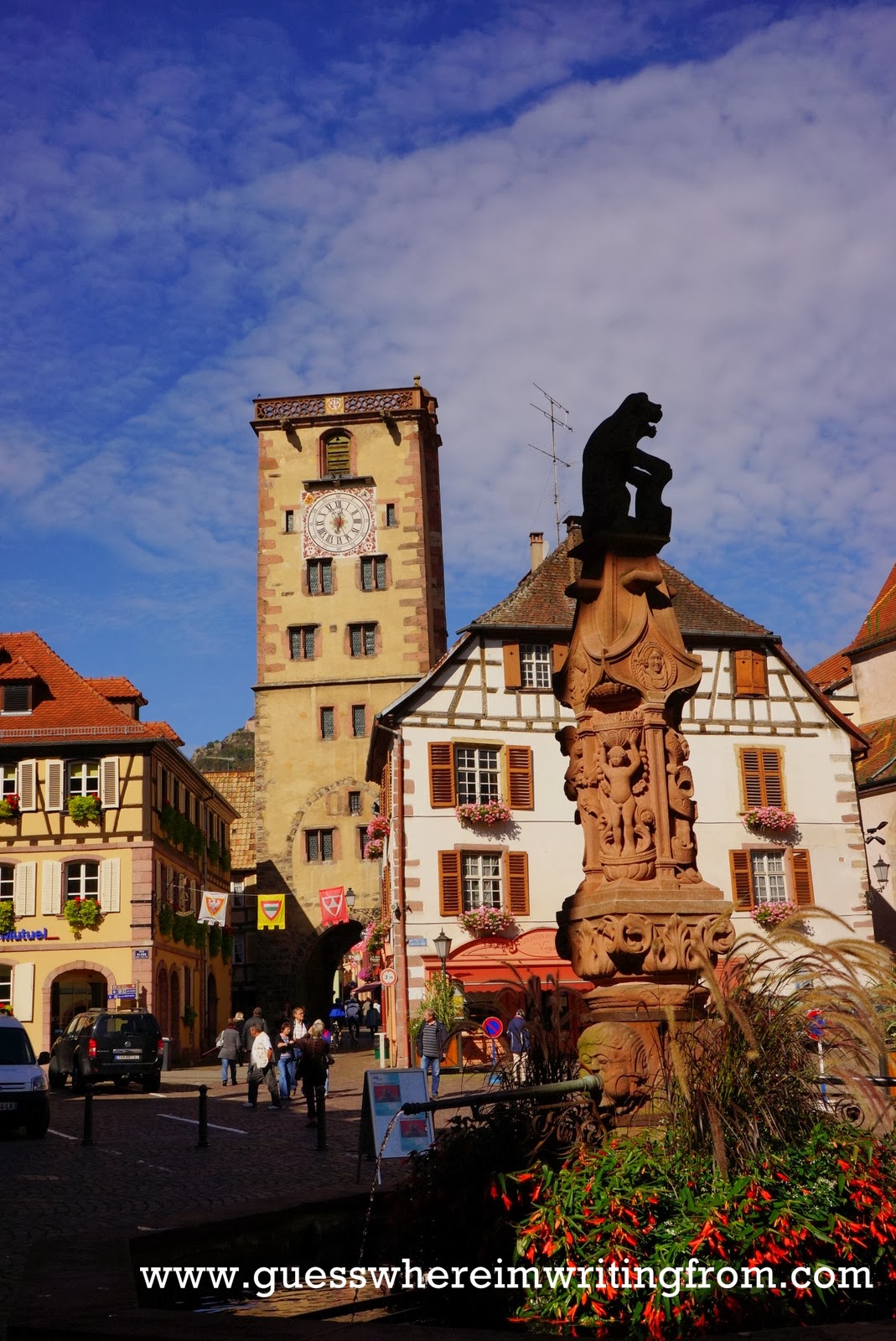 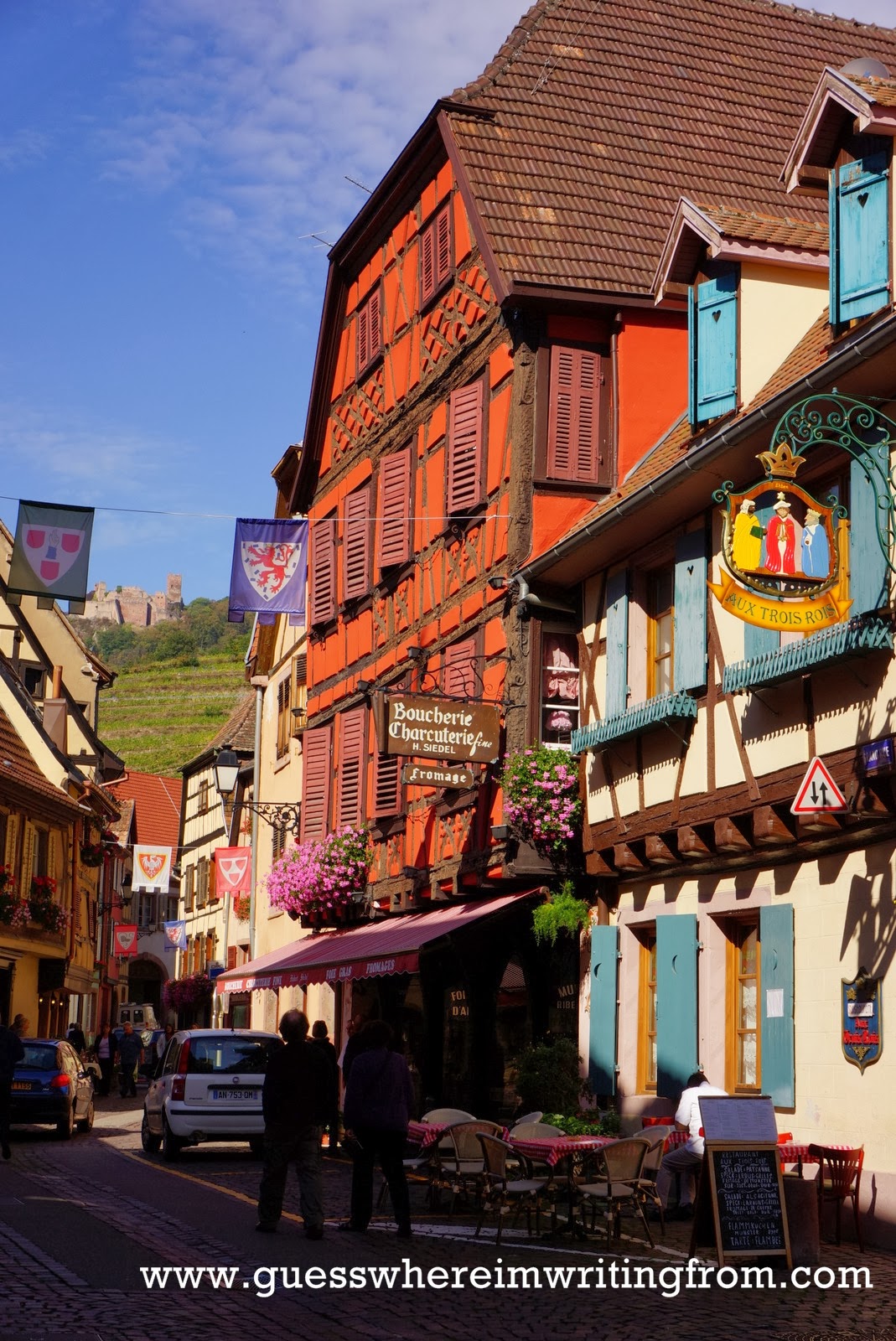 If there is such a thing as cuteness overload, this village definitely takes the cake. Eguisheim has been in the list of the Most Beautiful Villages of France since 2003 and has won different awards for its floral decorations. 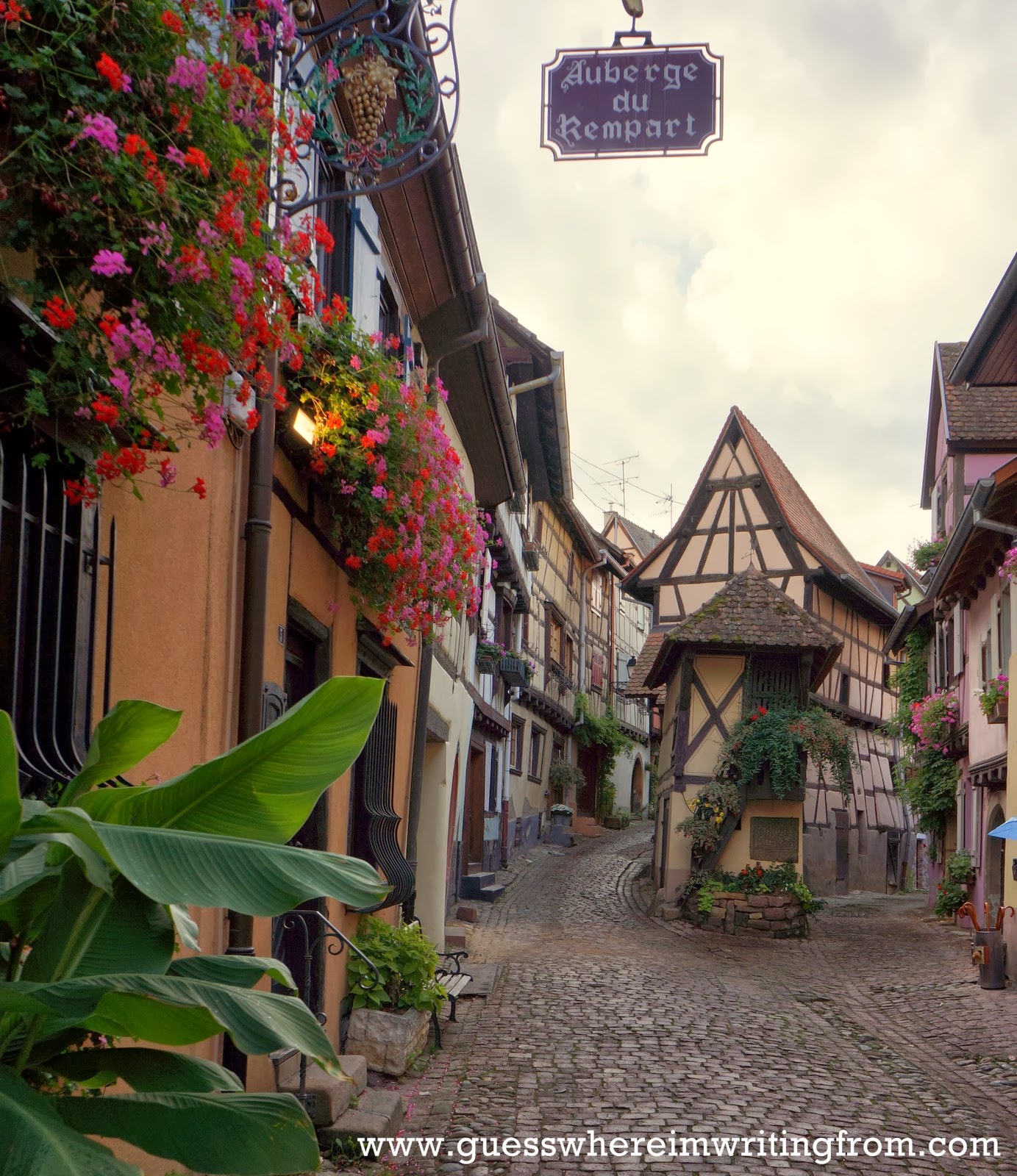 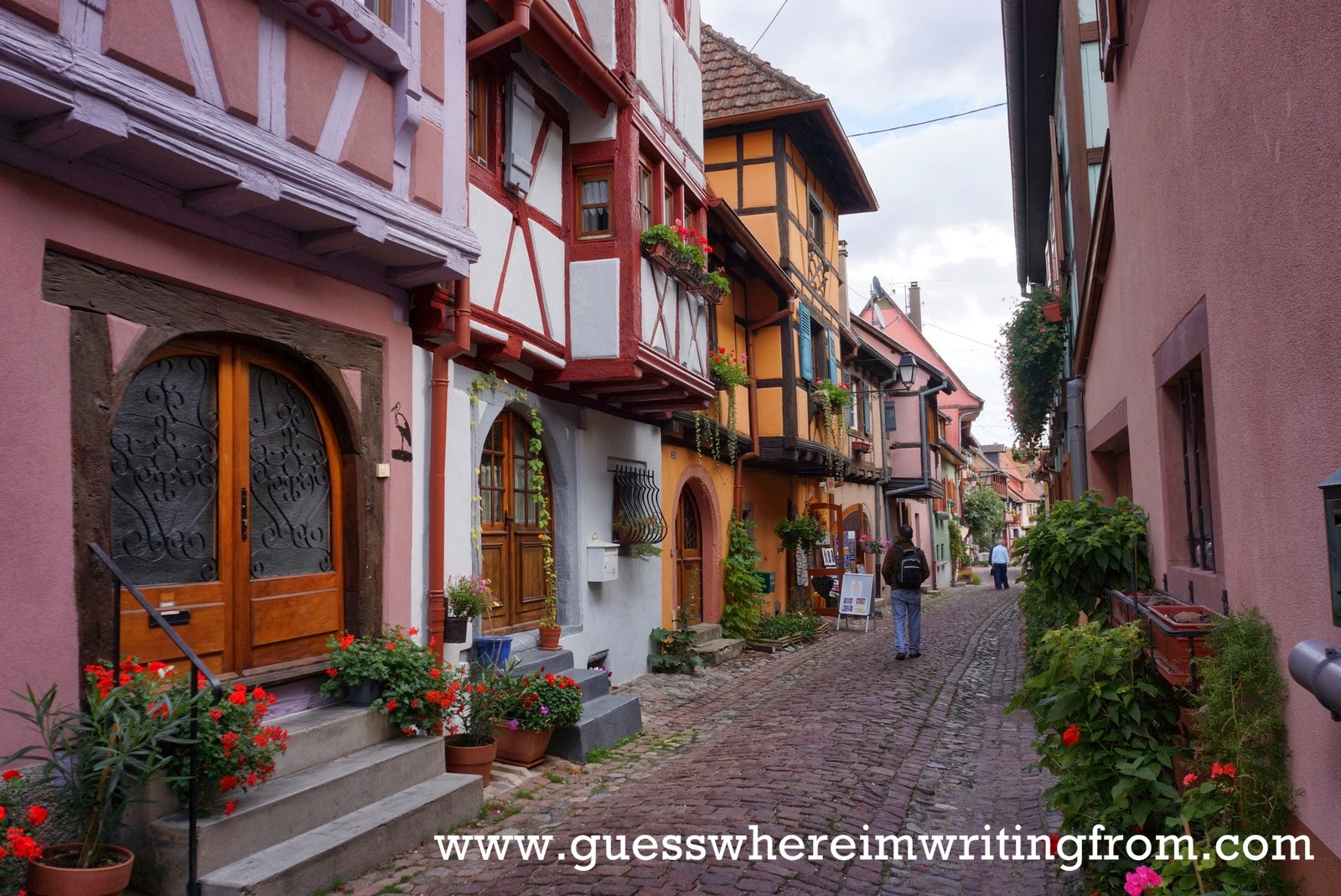 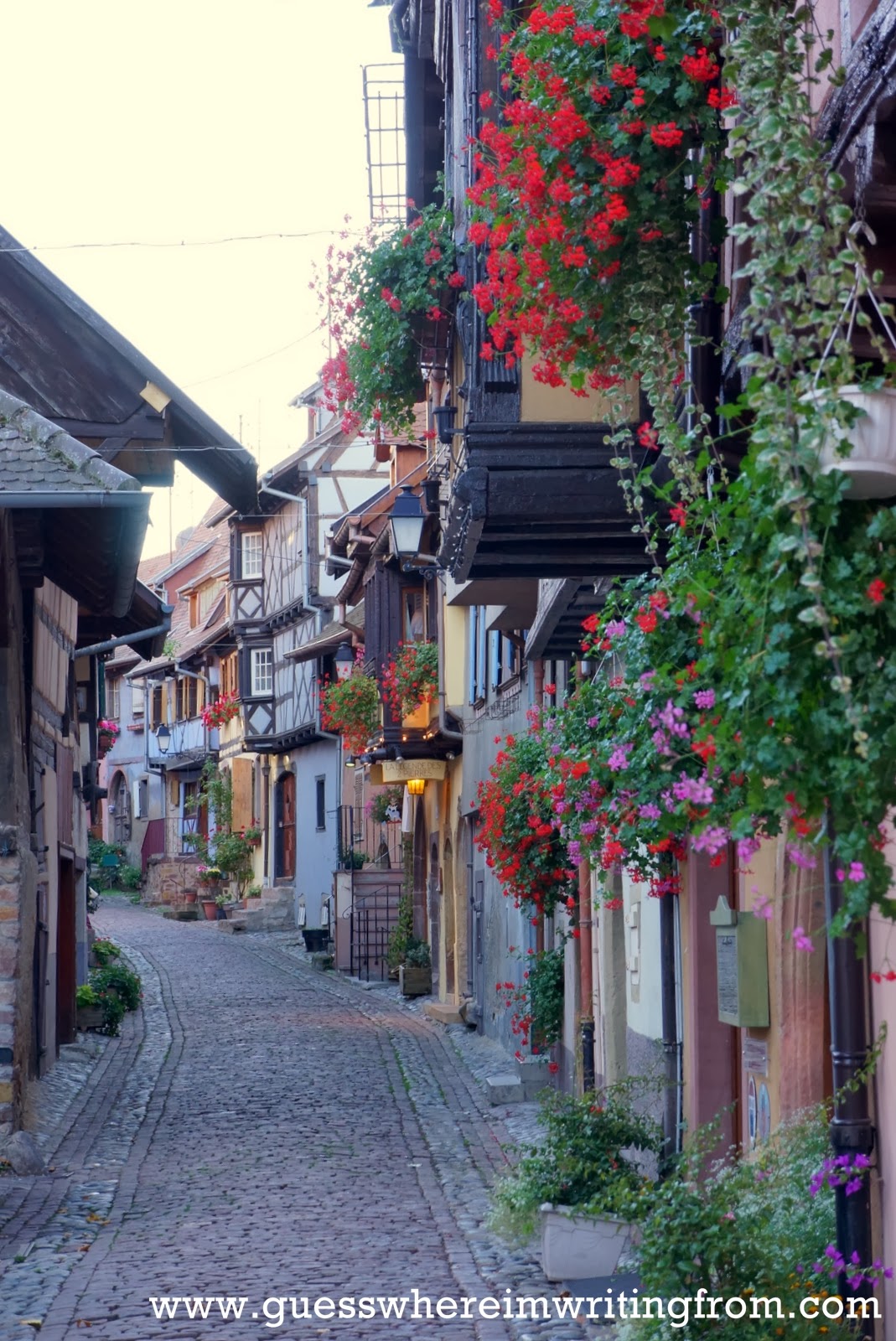 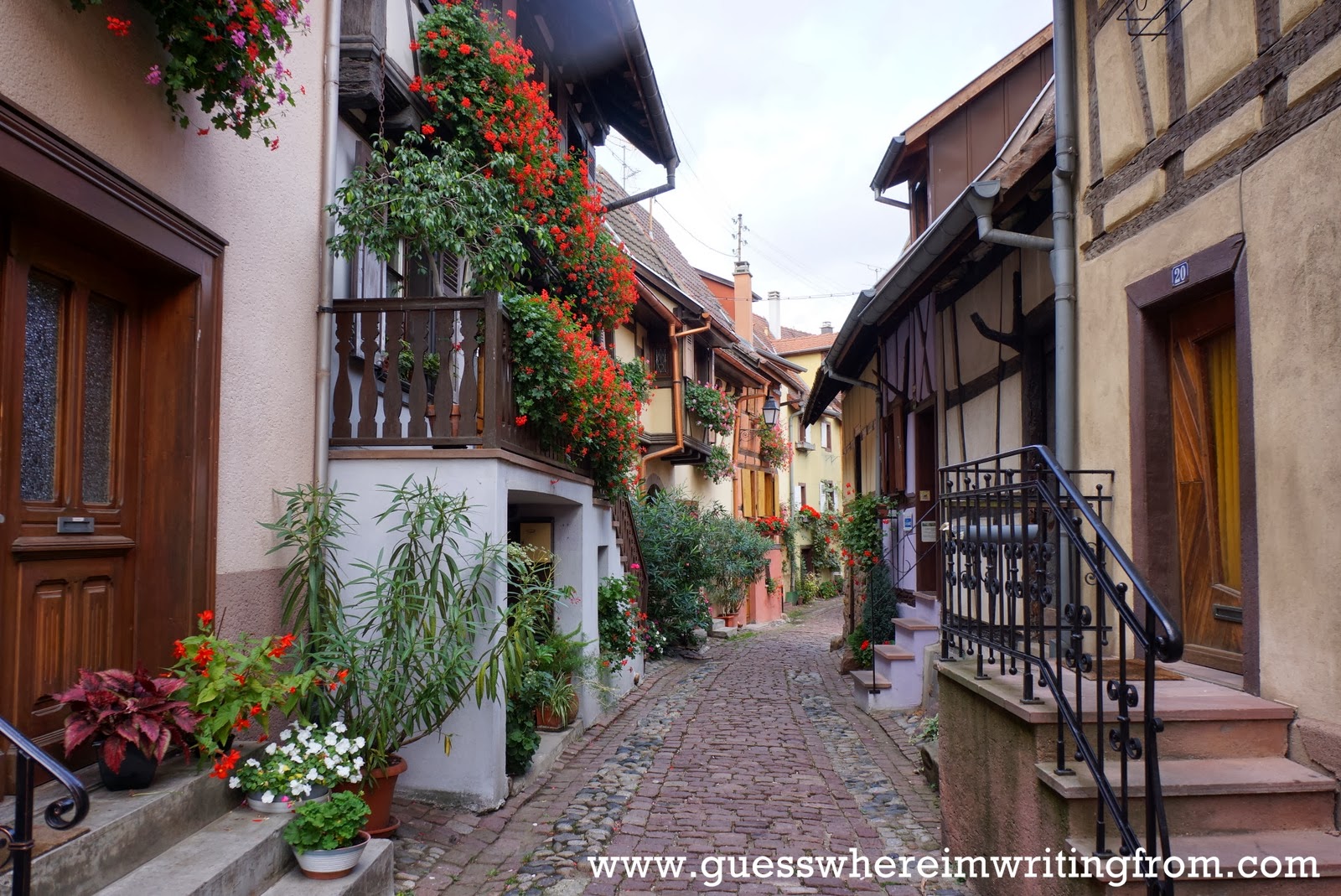 The town of Obernai is the birthplace of Saint Odile, the patron saint of Alsace. Born blind but later on miraculously recovering her eyesight, she is also known as the patroness for good eyesight.

Next post: Cité de l'Automobile in Mulhouse, Colmar and Strasbourg