Touring the Languedoc: Albi and its environs

On the road again!

One of the things the big K and I look forward to every time we visit France are the wonderful, not to mention thrilling road trips we get to do. Nothing compares to the joy of driving along the picturesque countryside (we love that there's hardly any traffic!), exploring towns and villages that seem to have come straight from a storybook along the way or just simply absorbing the beautiful scenery as we whiz by.

And I mean REALLY whiz by! Just imagine hurtling along a VERY twisty country road up in the mountains with space barely enough for two cars to fit in. Tight, blind corners, sheer drop-offs, no safety barriers and a sign that says you can do 90kph. Really?! I don't think so. I kept reminding my need-for-speed-wannabe-race-car-driver husband to slow down. It's no wonder some of the best rally car drivers are French!

But that's getting ahead of the story. And so with much anticipation, the big K and I drew up an itinerary to some of the charming places in the Languedoc and Provence regions for the next couple of weeks.

If Toulouse is known as the Pink City (La Ville Rose), Albi is nicknamed the Red City (La Ville Rouge). An hour's drive north east of Toulouse, Albi stands out with its distinctive red and orange hued brick architecture. It's old medieval city center together with its two distinctive buildings, the cathédrale Sainte-Cécile and the fortress-like Palais de la Berbie are listed in UNESCO's World Heritage Sites.

The big K and I stayed here for two nights and used this as our base for exploring some of the nearby towns. 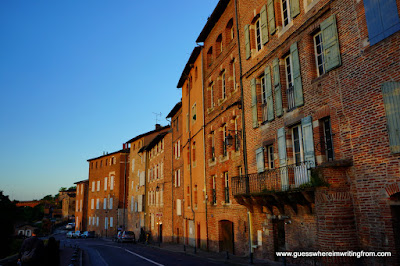 A village founded in 1222 by Raymond VII, Count of Toulouse, that later served as a stronghold during the Hundred Years' War. The village is a member of France's "Most Beautiful Villages" (Les Plus Beaux Villages de France), an association created in 1982 to promote small and picturesque villages in France. 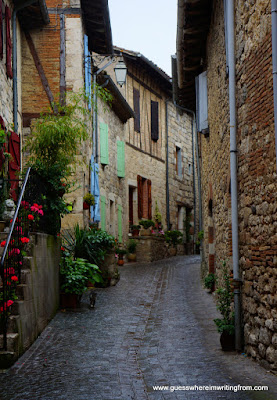 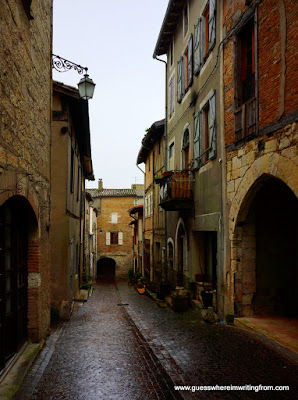 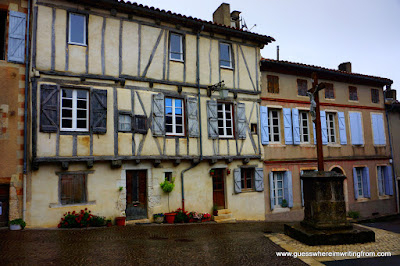 It was an overcast day when the big K and I arrived at the fortified village of Cordes-sur-Ciel. Tall, centuries-old stone houses jostling each other on both sides of the road greeted us as we slowly crept up the narrow, gently winding hilltop lane. It was like being transported back to the middle ages with the gloomy weather to complete the scene. It was surreal.

Approaching the top, the houses gave way to a scenic-view of the valley below. Then as if on cue, the clouds parted with the sun bathing the vineyards below in a breath-taking panorama. Ah! It's a sign! 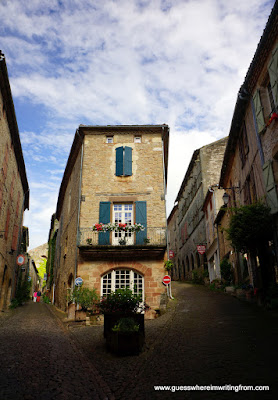 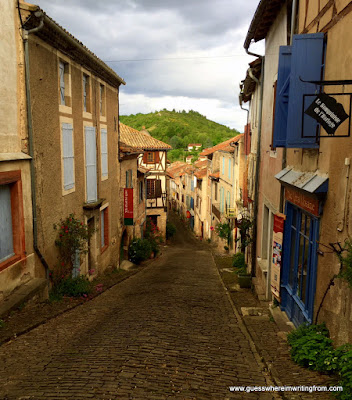 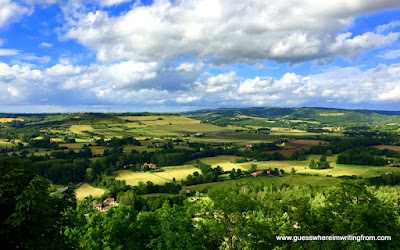 A member of Les Plus Beaux Villages, the tiny village of Monestiés was once a popular stop on the St. James pilgrimage route that ended at the shrine of the apostle St. James the Great at the Cathedral of Santiago de Compostela in Galicia, Spain. 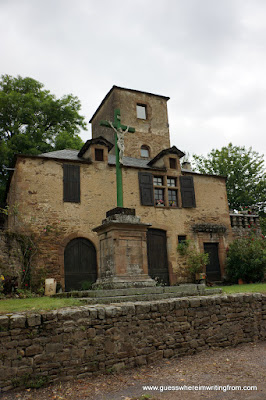 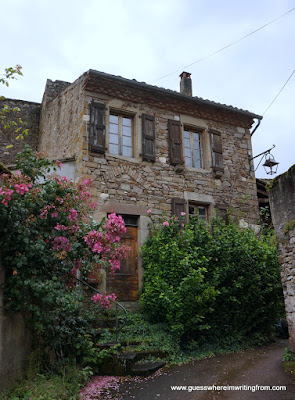 The big K and I were pleasantly surprised when we visited this historical town as it turned out to be their market day. It was a clear, sunny day, perfect for a picnic. So getting us some buttery croissants, a tub of soft, gooey aligot cheese, paella and a couple of Cokes  to wash it all down, the big K and I had a nice lunch at the nearby park. I know, I know, we were in France and we should have gotten a bottle of wine. We made up for it though at dinner with a couple bottles of Gaillac wine! 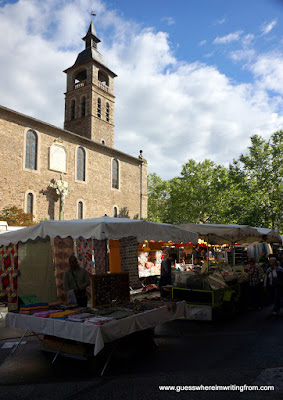 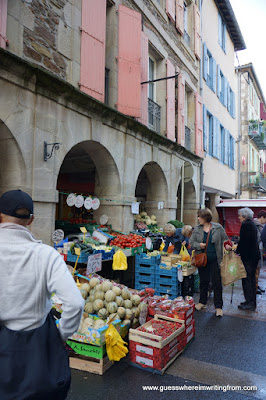 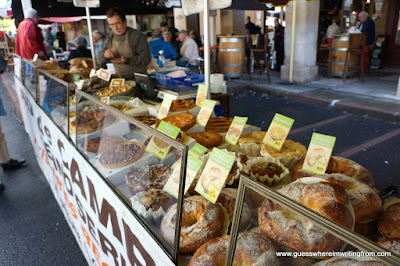 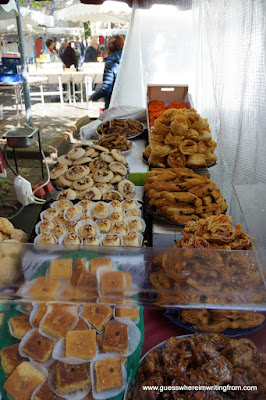 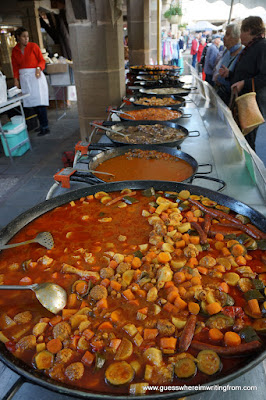 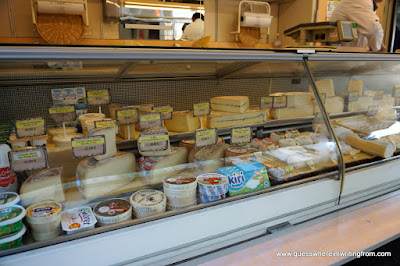 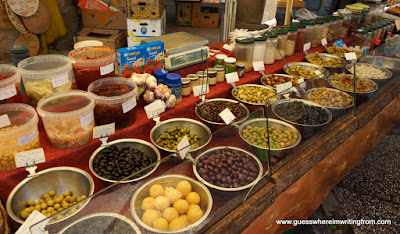 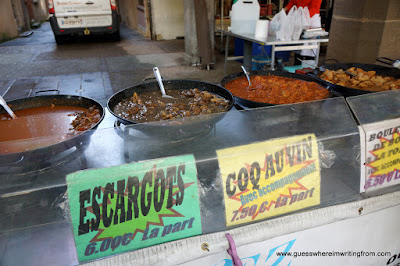 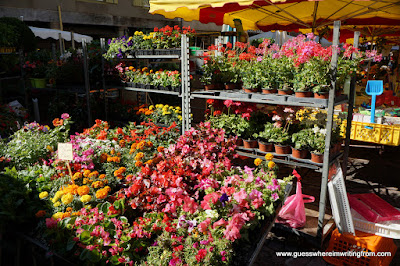 The small medieval village of Lautrec is known for its sweet and subtle-flavored pink garlic (l'ail rose). The quiet town becomes a big party place every August when they hold their annual Pink Garlic Festival. 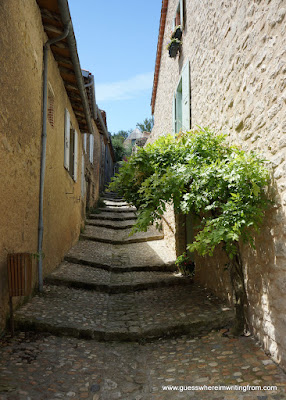 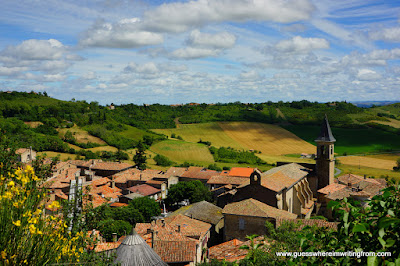 L'Escuelle des Chevaliers - a charming bed and breakfast within the ramparts of Cordes-sur-ciel.

Mercure Albi Bastides Hotel - a former 18th century flour mill along the banks of the Tarn river with great views of the river and the episcopal city of Albi.