Prague: Two Squares and a Bridge

Emerging from the ﻿underground metro, the big K and I were greeted by this  beautiful scene. A big square filled with tall, graceful, old buildings and classic trams running on cobbled streets. Old World Prague at its best!
Home to hundreds of beautiful churches and buildings, Prague is often referred to as the Golden City. Legend says that the city earned its nickname during the reign of then Czech King and Holy Roman Emperor, Charles IV, when the towers of the Prague Castle were covered in gold. While another story says that another King, Rudolf II, employed alchemists to turn ordinary metals into gold. Whatever the tale was, the big K and I couldn't wait to explore the city.
Dropping off our bags, we started out for Old Town Square (Staroměstské náměstí). One of two main squares in Prague, (the other being Wenceslas Square in New Town) it is filled with medieval buildings, churches and palaces.

From Náměstí Republiky to Old Town Square you will be passing through this imposing structure on Celetná street. The Powder Tower Gate (Prašná brána) used to be a gate to Prague in the middle ages and used to store gun powder. It is one of two remaining structures from the Old Town Prague fortification, the other being the Old Town Bridge tower on Charles Bridge. 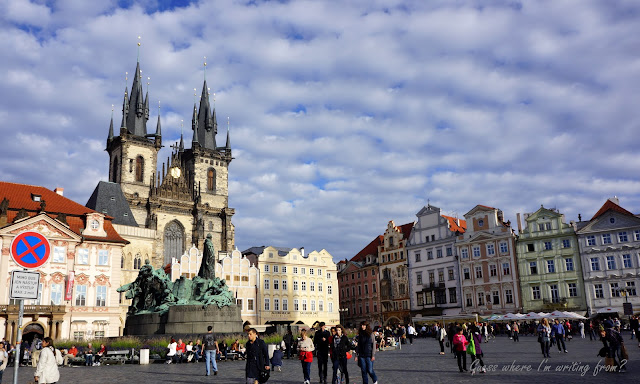 Welcome to Old Town Square! A pedestrianized area filled with beautiful and colorful buildings. The Gothic Church of Our Lady before Týn otherwise simply known as the Týn Church with its spires reaching up to the heavens reminds me of fairy tale castles. The monument at the foreground is that of Jan Hus, a Protestant reformer who was declared a heretic by the Catholic church and was burned at the stake in 1415.
The Astronomical Clock said to be the oldest working clock in Europe is located on the south side of the Old Town Hall. It was constructed in the 1400s. A big draw for visitors is the hourly procession of Christ followed by his twelve Disciples coming out from the small door on top of the clock face.
Another notable church at the Old Town Square is the Saint Nicholas Church built in the Baroque style in the 1700s. Anyone care for a buggy ride? And the horsies have these cute little ear-warmers, too! Watch where you step! 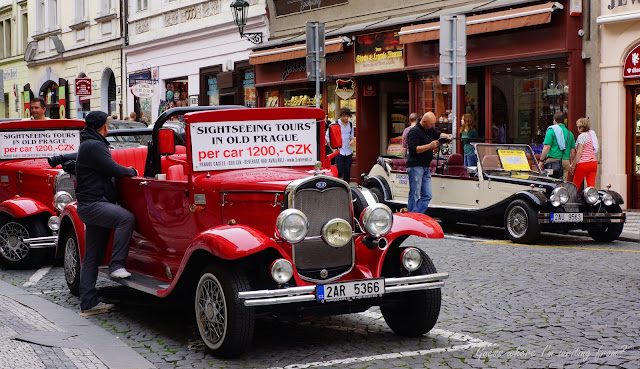 Or would you rather have the electric kind? 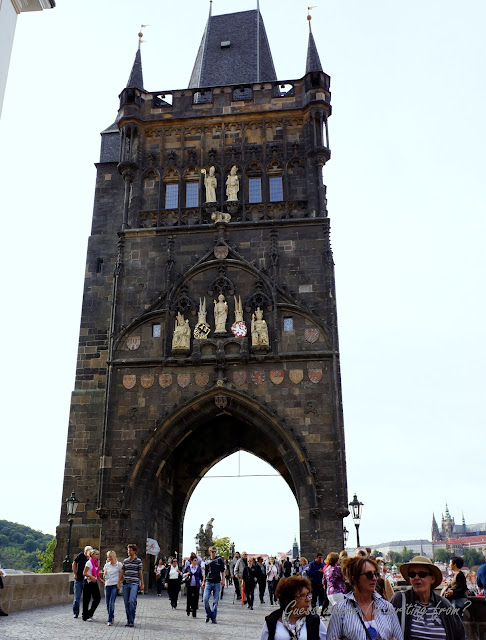 One of Prague's top tourist attraction, the Charles Bridge (Karlův most) on the Vltava river was constructed in 1357 during Charles IV's reign (hence the name). It was the only bridge at that time that connected Old Town and Lesser Town (Malá Strana). It is protected by three bridge towers, one on the Old Town side as seen above and two on the Lesser Town side. 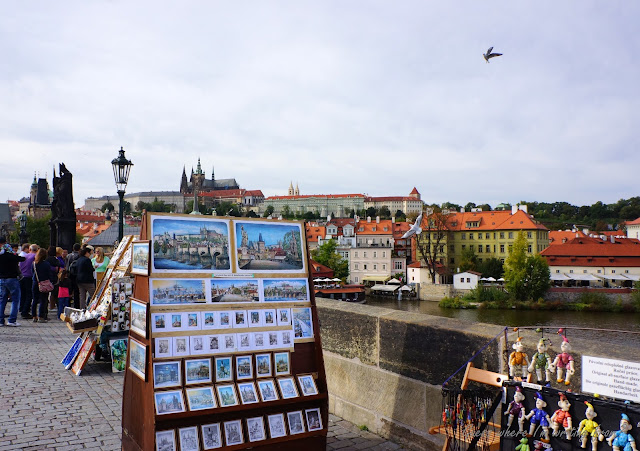 The bridge is dotted by statues along its balustrade with souvenir items competing for attention. 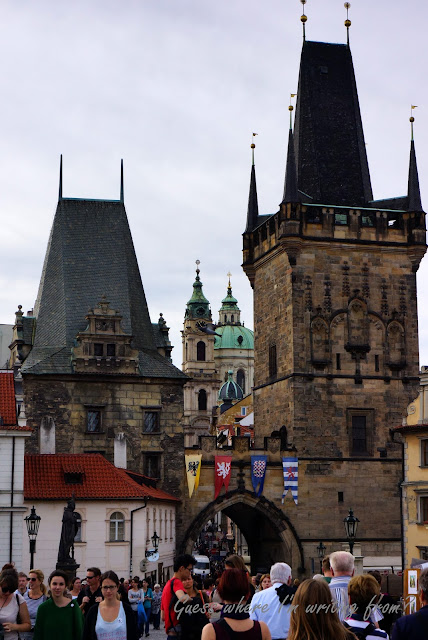 Though not as impressive as the lookout tower on Old Town side with its Baroque statues, these two look out towers on Lesser Town are still an imposing pair. In between the towers you can see the dome of St. Nicholas Church, Lesser Town. Yup, there is another St. Nicholas Church and both churches were built by the same father and son team.