Château-hopping in the Loire Valley!


It was a cool, sunny morning when the Orient Express pulled into Gare de l'Est in Paris. Perfect timing as the Big K and I had just finished breakfast that was served in our cabin. Much as we wanted to linger on board we had another train to catch. After retrieving our bags with the help of our très gentil steward, saying our goodbyes and more last minute picture-taking with the blue and gold train, the Big K and I hurriedly hopped on the metro to get to Gare Montparnasse to catch the TGV that would take us to our next adventure - Château-hopping in the Loire Valley!

A quick Loire Valley 101: The Loire Valley is a region in France located right in the middle of the country. The region got its name from the Loire river that runs through its heart. The Loire is the longest river in France starting from the Cévennes mountains down in the south of the country and drains into the Atlantic Ocean to the north west. The Loire has given the region fertile land along its course, giving rise to vineyards that produce many of France's best wines. The Loire Valley was at one time the favored place of the aristocracy as evidenced by the 300+ châteaus (castles) dotting the area. And in 2000, UNESCO included the central part of the Loire Valley in its list of World Heritage Sites.


The Big K and I picked up our rental at the Tours train station and with our trusty GPS, Emily, we were all set! Or so we'd hoped. Before pulling out of the garage, we had to say a little prayer that no road changes occurred since our last road trip in France two years ago. We kind of forgot to update her.

First stop, the village of Villandry, 17 kms west of Tours. A medieval fortress once stood where the present château sits. It was in this fortress where Philip II of France met with Richard I (the Lionheart. Think Robin Hood!) of England to discuss peace between their respective countries.

In the 16th century the fortress was torn down to make way for the present château that was built for Francis I. In 1754 the château was acquired by the Marquis De Castellane and was redesigned to 18th-century standards. Finally in 1906 the château was purchased by Spanish-born doctor Joachim Carvallo and his American wife, Ann Coleman whose descendants still own the place today. 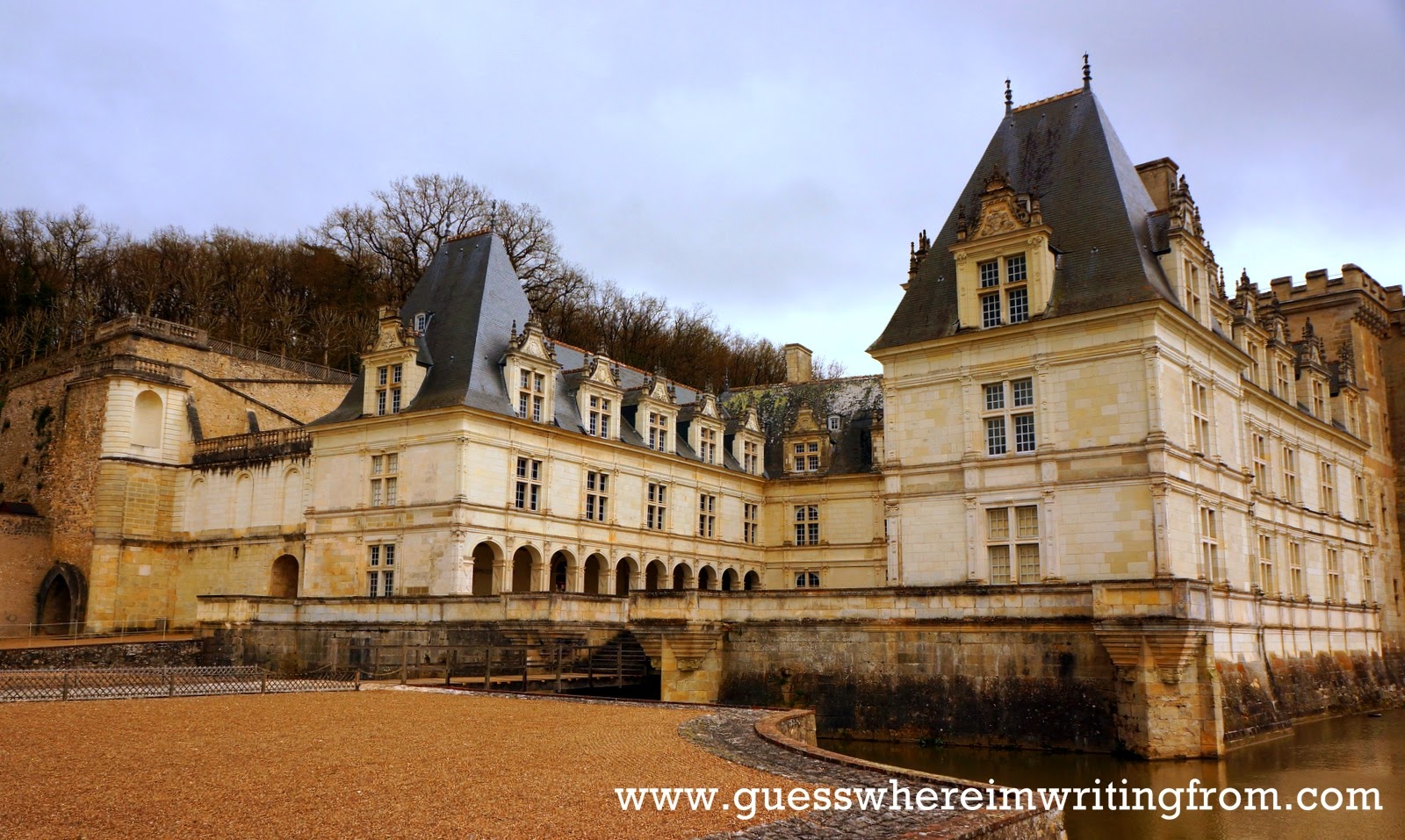 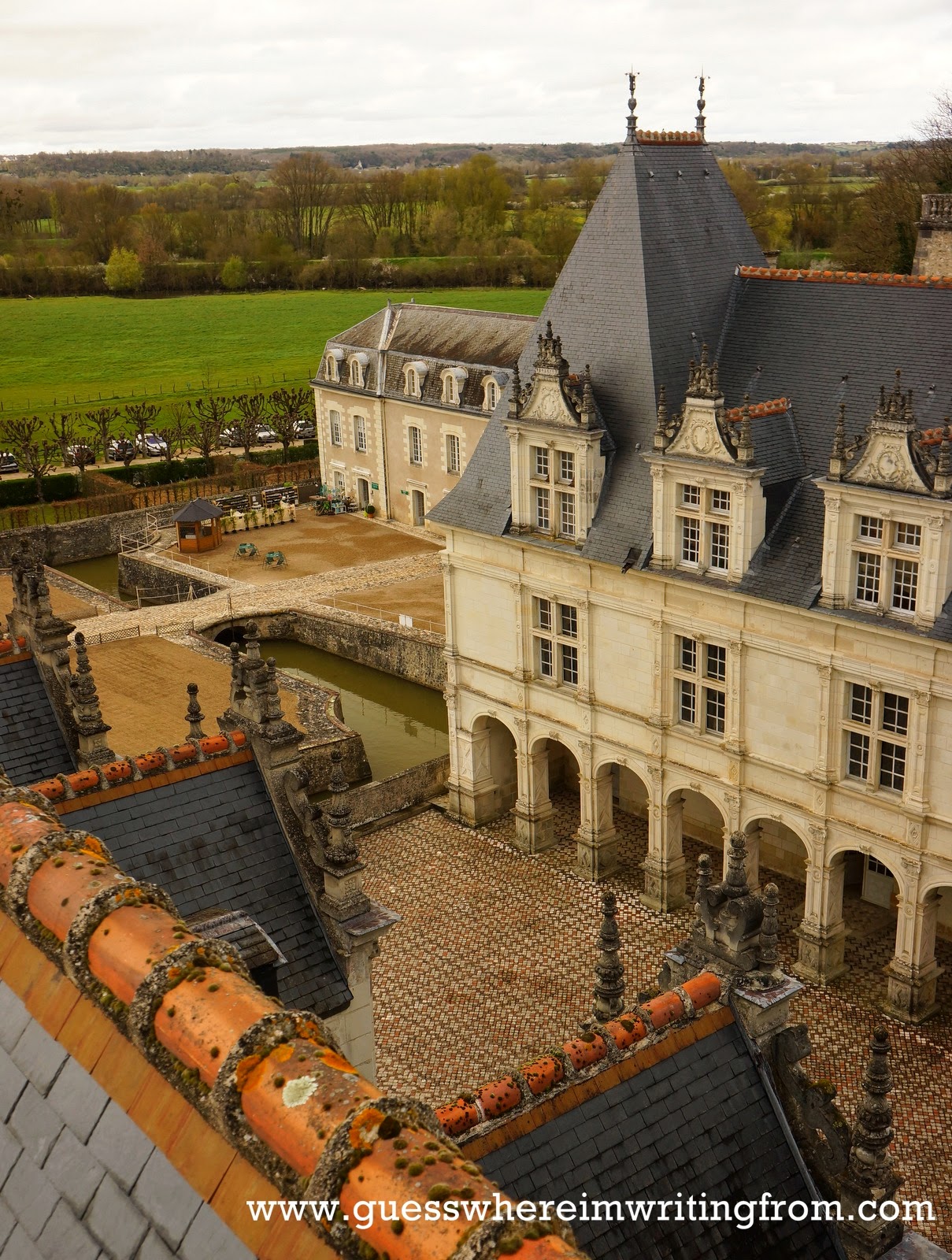 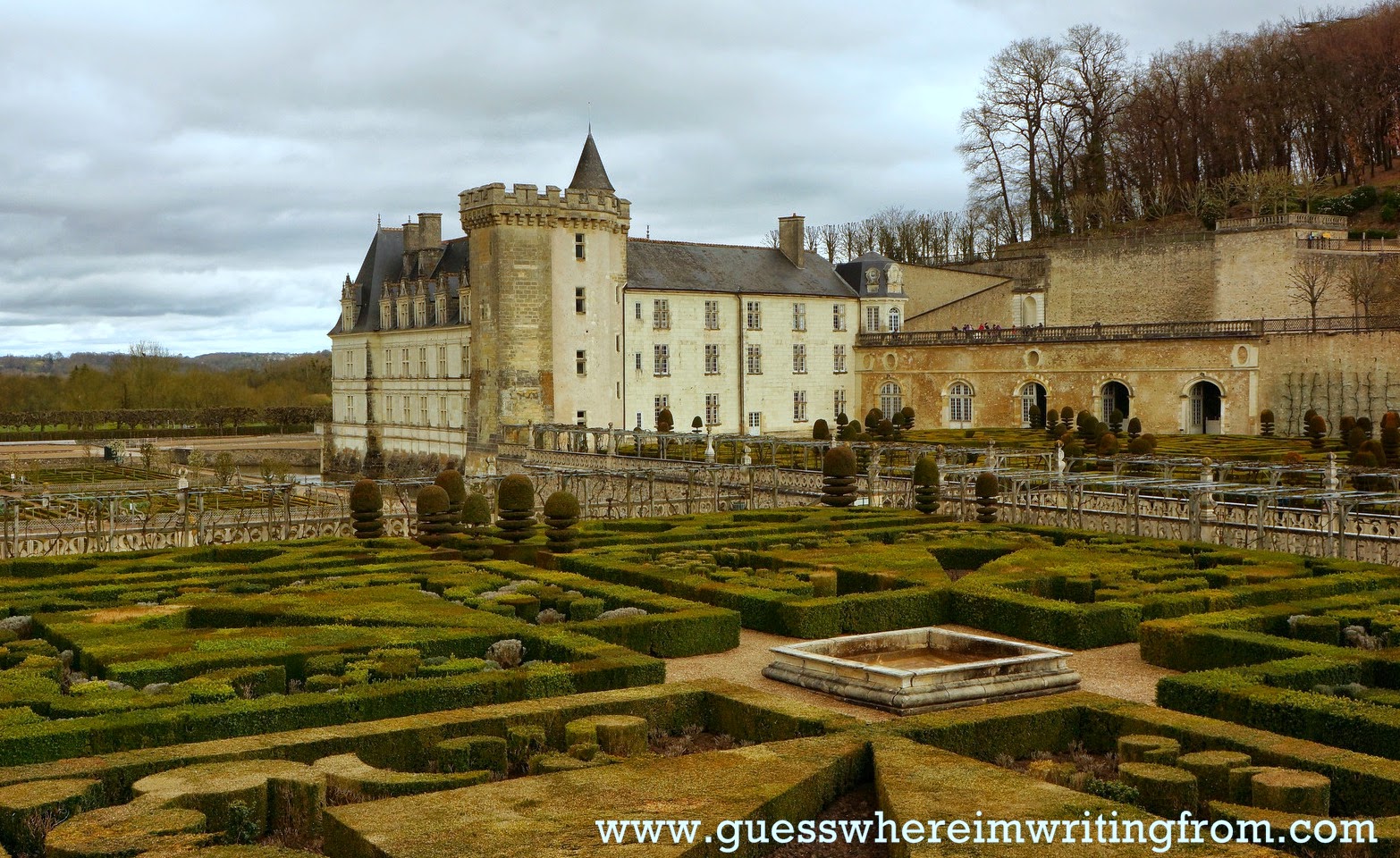 The Château De Villandry is better known for its Renaissance-styled gardens than its château. Because it was early spring when we visited only a few flowers were in bloom. Even then, the garden was still stunning! 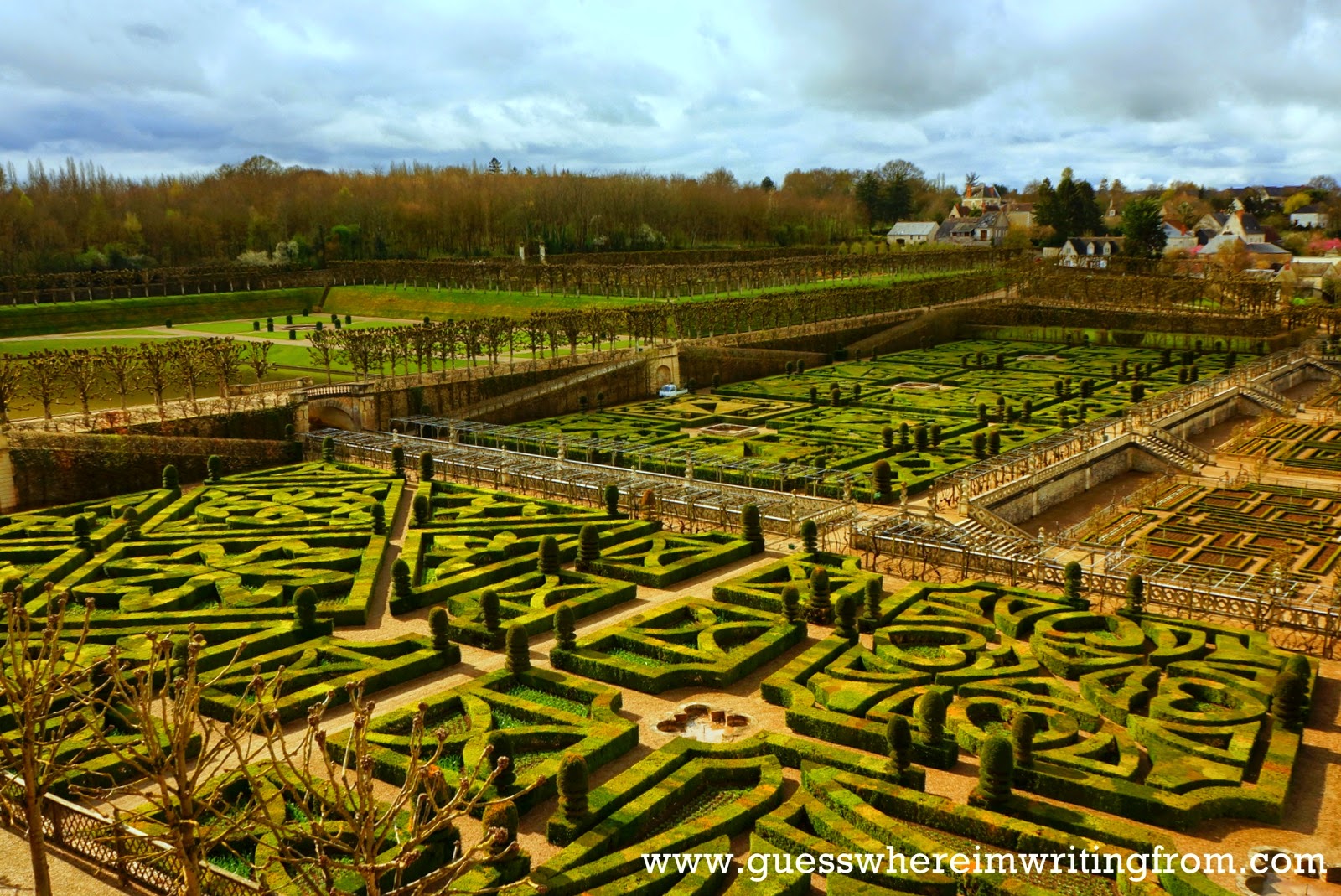 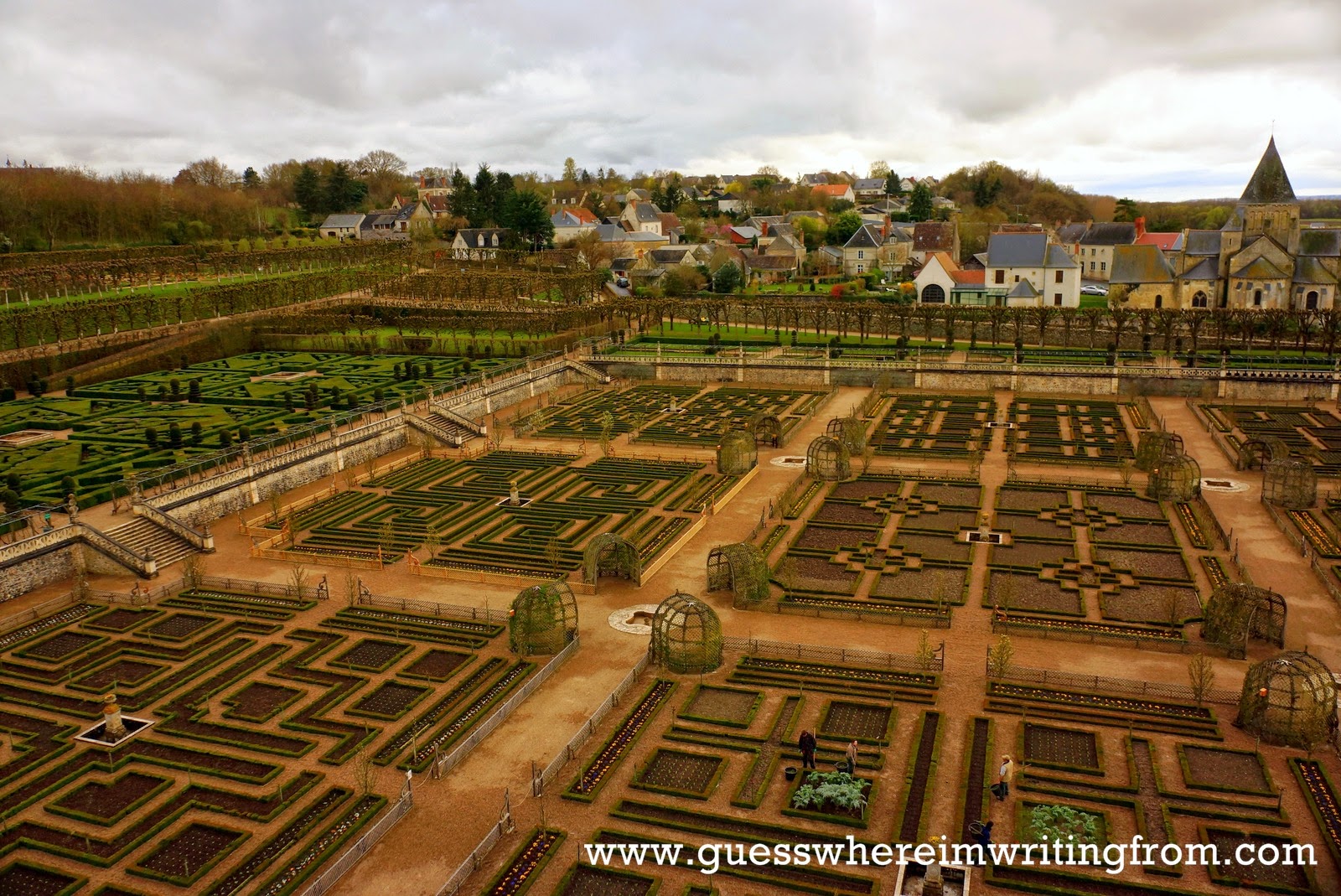 
The town of Ussé is where one can find Sleeping Beauty's castle. Or so it says in the Château D'Ussé's website. The château even has a tower and rampart walk dedicated to "Sleeping Beauty" complete with mannequin displays posed in different scenes taken from the fairy tale. It was a tad creepy but interesting nonetheless. 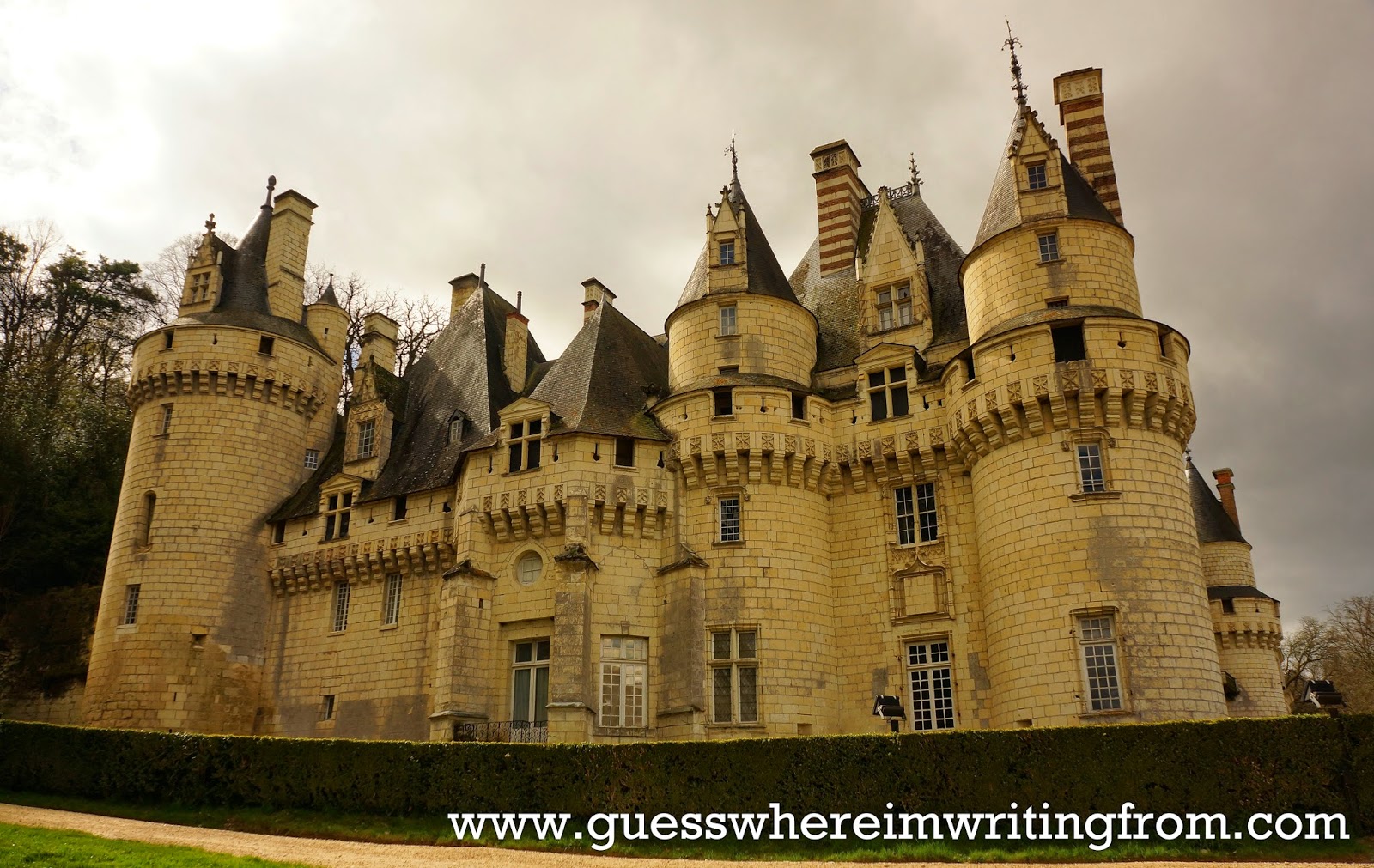 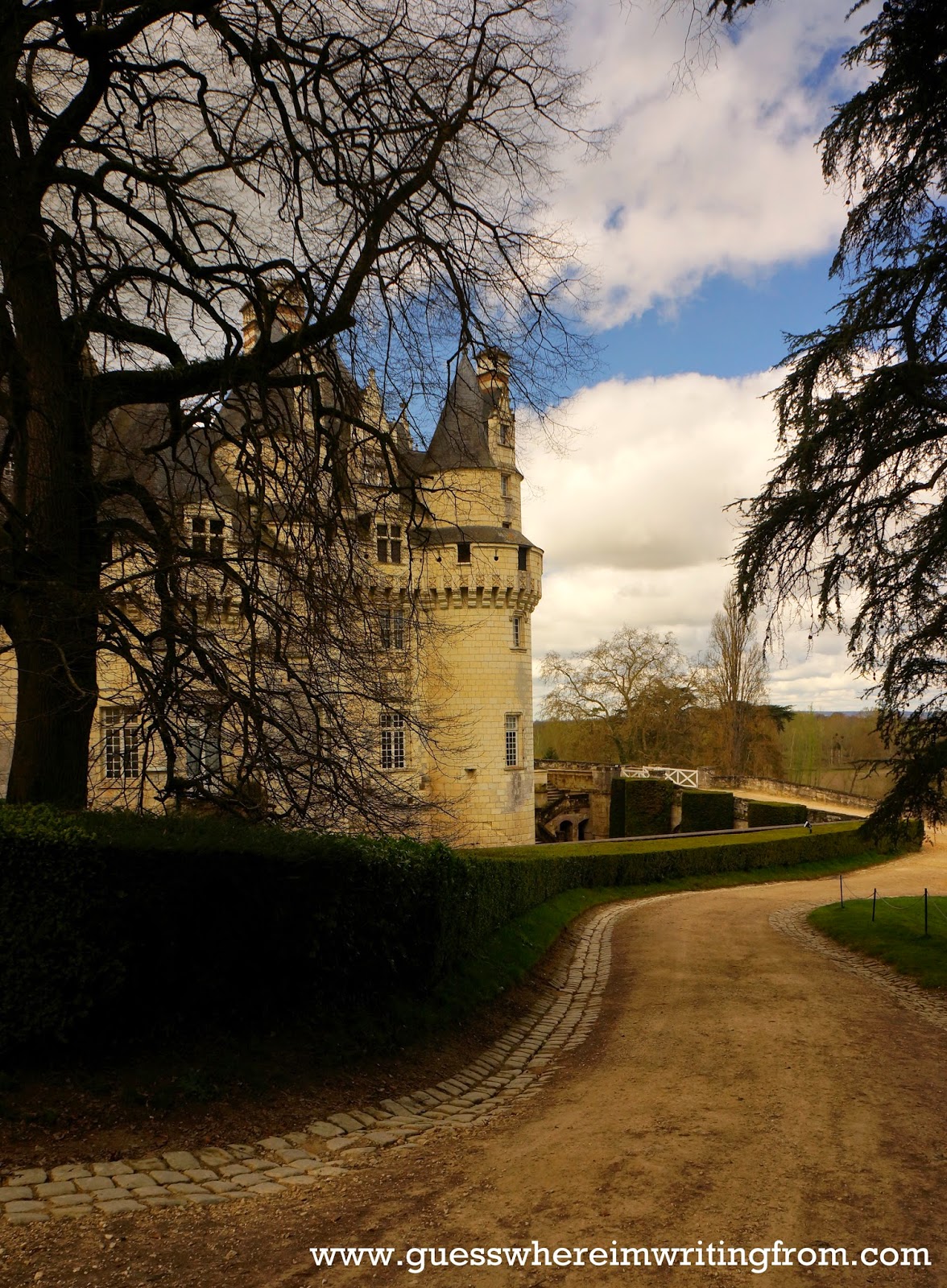 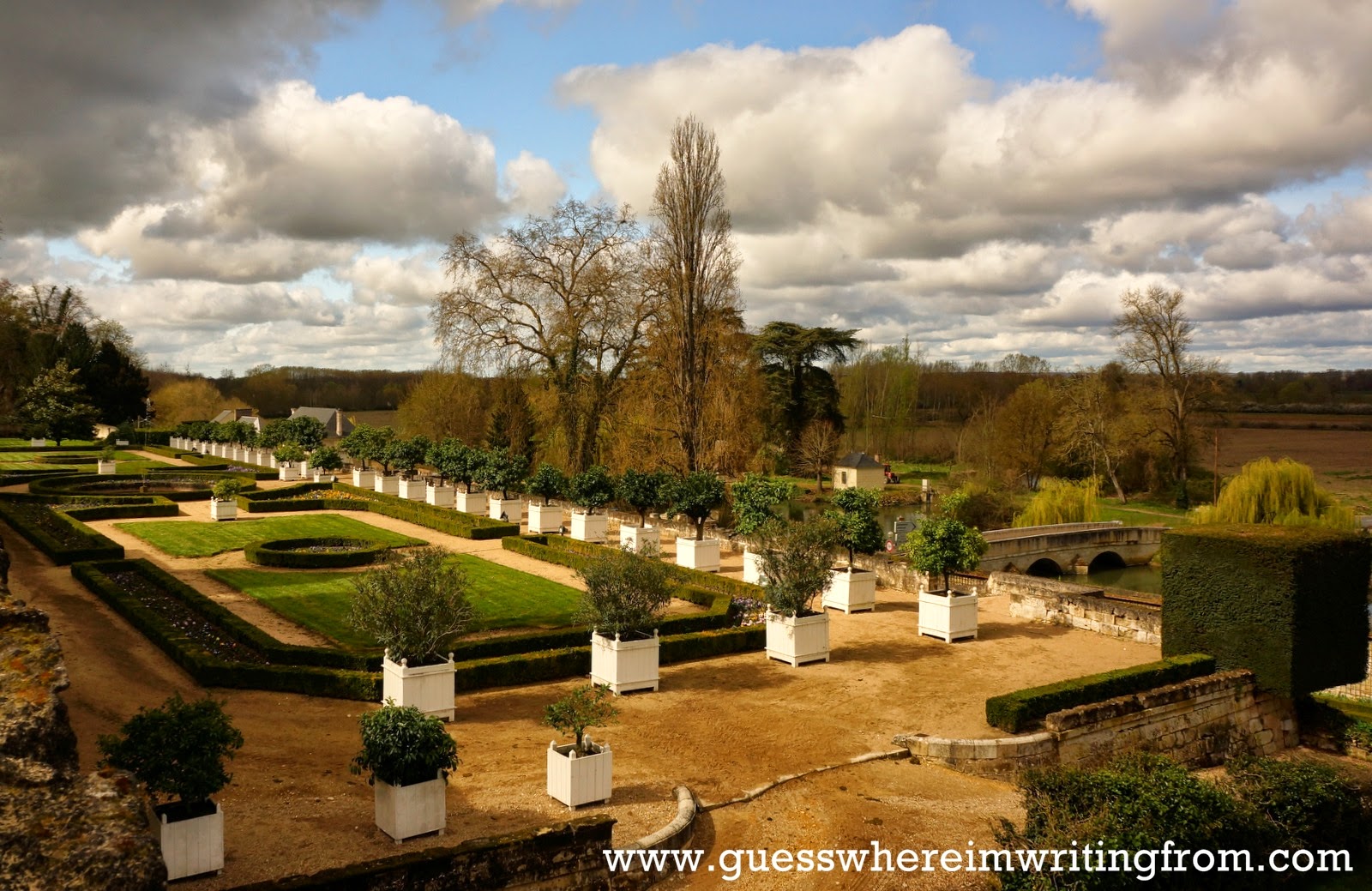 
Our last stop of the day was the village of Azay-le-Rideau, the home of one of the more popular châteaus of the Loire Valley. Just like Villandry, this used to be where a medieval fortress once stood. The fortress fell into ruins in the 15th century and it wasn't until 1518 during Francis I's reign (remember him from Villandry?) when the present chateau was built.

The château is now the property of the state and is part of the Centre Des Monuments Nationaux. 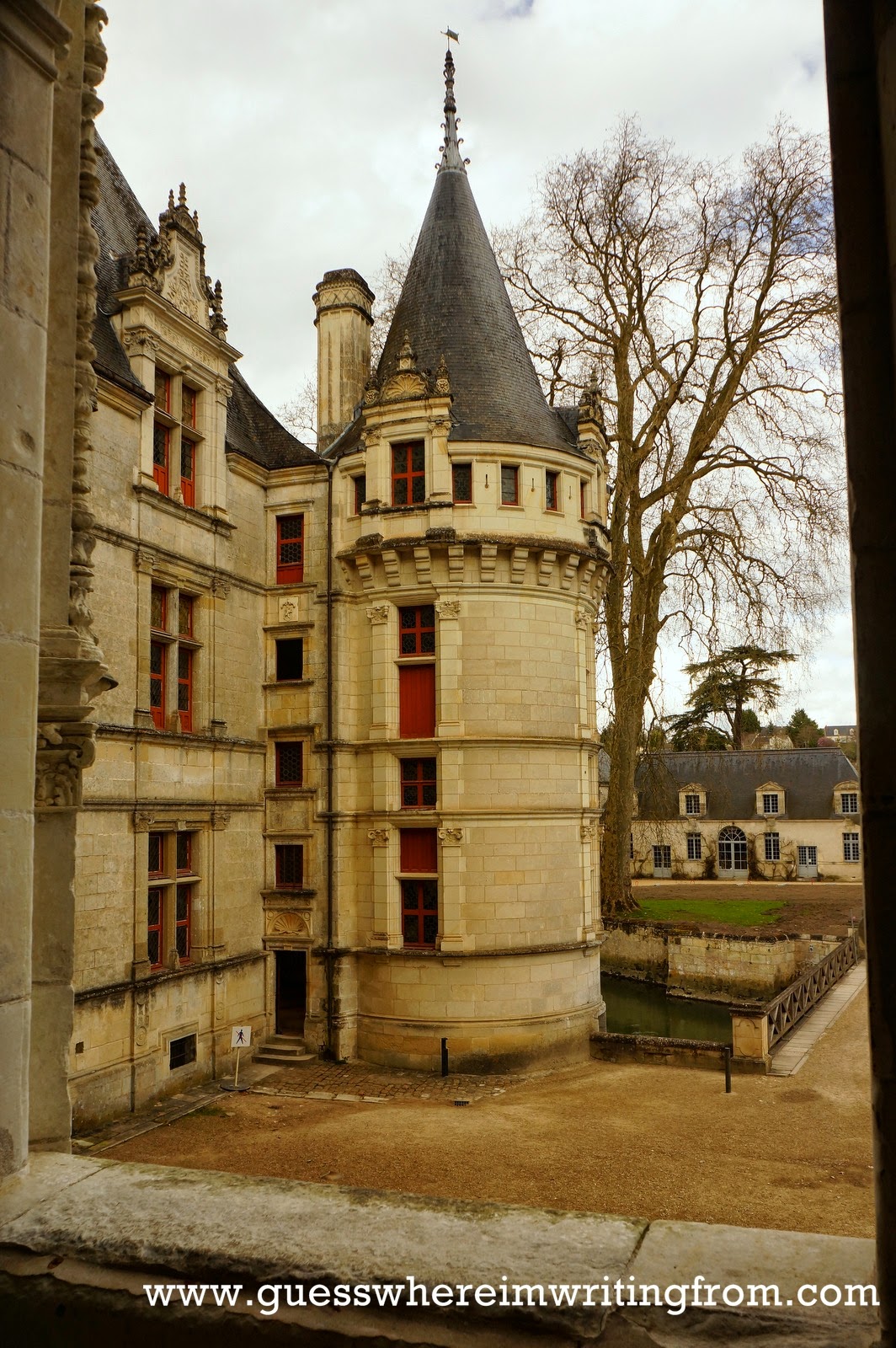 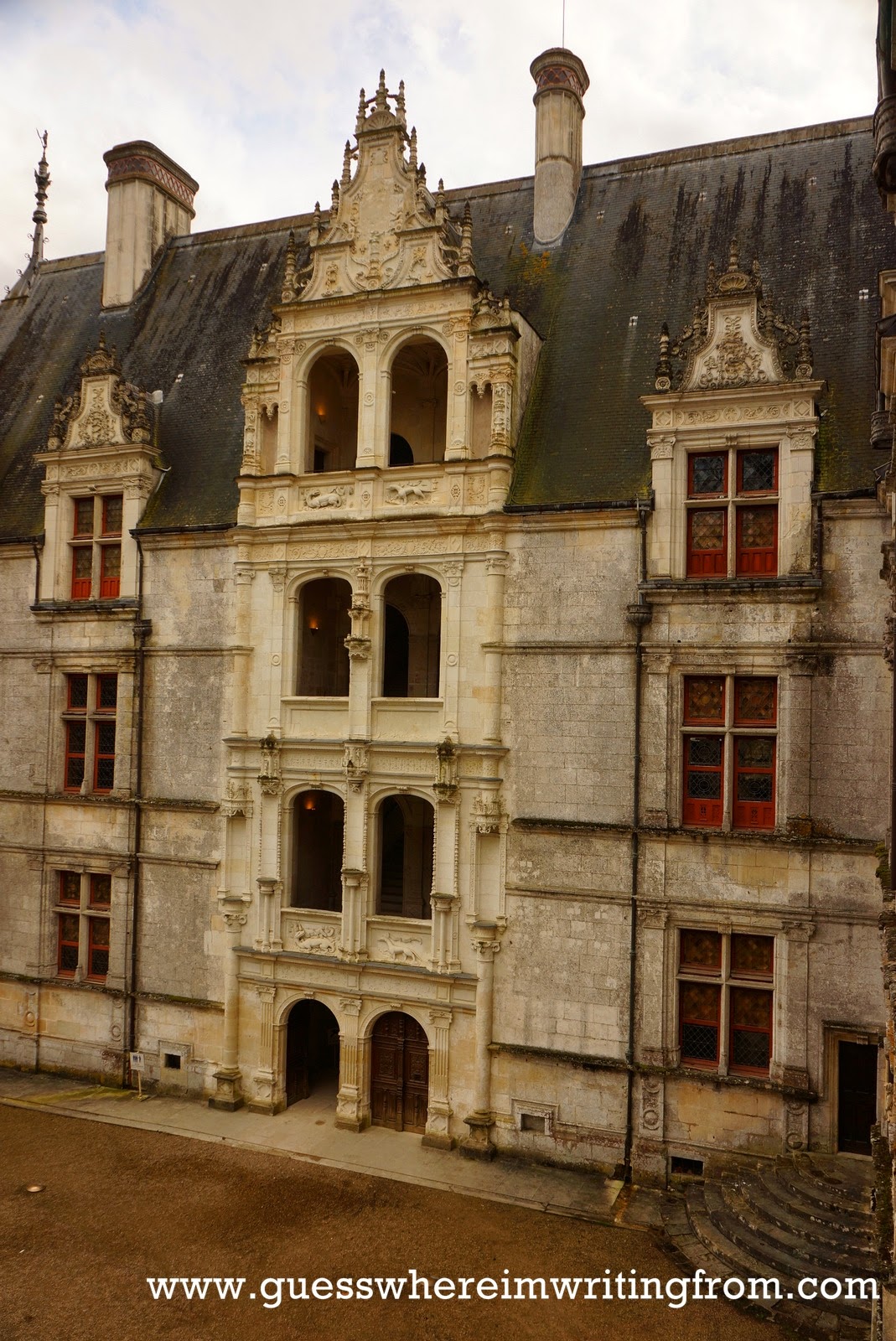 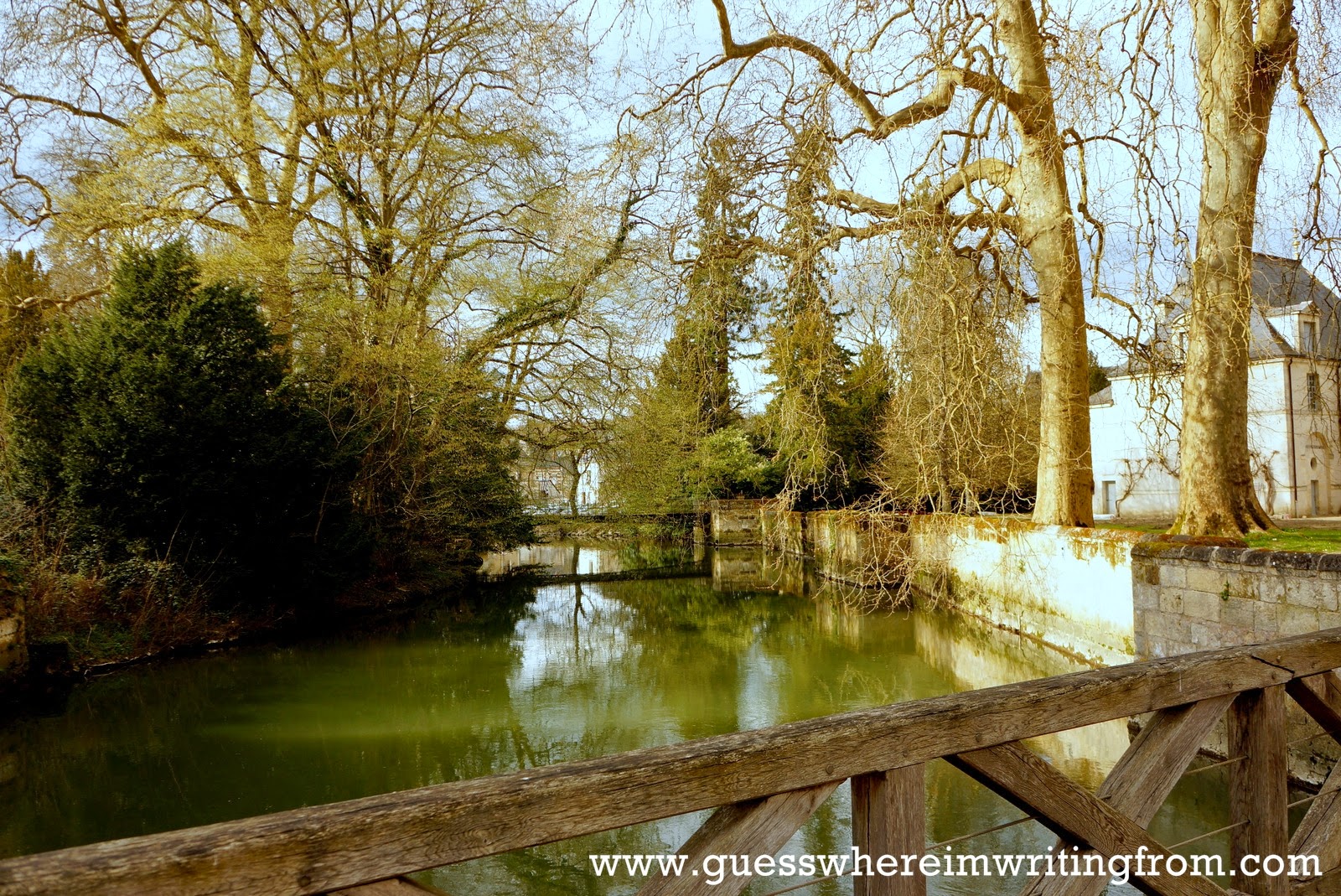 The Big K and I stayed for the night at the charming Le Grand Monarque hotel. It was a former 18th century post house. No, not the letter-mailing kind, that came later. Back then, post houses were built every 20 kms or so for travelers to exchange their horses for fresh ones. The distance between these post houses is roughly how far a horse can travel before tiring out. Those were the days when horsepower literally meant horse power!

The good reviews we read about the hotel were spot-on. The Big K and I were greeted warmly by the hotel staff. We were then shown two rooms to choose from, one on the second floor and the other at the attic on the third. We chose the latter because it was bigger and airy plus we liked the look of the exposed beams of the ceiling. Though we immediately felt a bit guilty when we found out that the hotel didn't have an elevator so the hotel staff had to carry both our heavy bags all the way up to the third floor. No wonder the guy was thin as a rake, he carries heavy bags for a work out!