Next to our love for train rides in Europe, the Big K and I also enjoy road trips. We love speeding on autobahns or autoroutes, motoring along back country roads, traipsing from one picturesque village to another while trying to figure out what-the-heck-does-that-road-sign mean and all the other joys (and hair-raising excitement!) of driving.

And since the châteaux of the Loire are spread out in a large area, they are better reached by a car. Yup! Definitely a road trip here. In our week long excursion (well, 6 days to be exact), we had set our sights on the châteaux located along the central part of the Loire that was declared a UNESCO World Heritage Site (it would have been physically impossible to see all 300+ châteaux in the little time that we had). We wished we could have stayed longer.

We ended up visiting ten impressive châteaux. I know of some people who would cram so much things to see in such a short time but the Big K and I prefer to take our time sightseeing. You could say we're the step-back-and-enjoy-the-moment kind of travelers.

I already wrote about the first three châteaux we visited. This post is the second in the series and a third one soon to follow.

It is worth mentioning that you can save a little bit of Euros when you buy your tickets in one of the Loire Valley Tourist Information (TI) offices. Although there are no all-in-one tourist passes for all the châteaux in the Loire, individual discounted tickets can be bought at the TI offices. The discounts range from EUR0.50 to EUR2.00 per ticket (as of this writing).

The Château Royal de Blois, located on a hill overlooking the Loire river, was home to several kings. It was also here that Joan of Arc was blessed by the Archbishop of Reims before proceeding to Orléans to put the fear of God into the English before driving them out of the city.

The château is comprised of several buildings built between the 13th until the 17th century. You can say that it is a hodgepodge of different architectural elements, four to be exact: Medieval, Gothic, Renaissance and Classic.

It was a pleasant coincidence that it was Blois' food market day when we visited. That solved our lunch food! The Big K and I had a picnic lunch right by the Place Du Château with some local cheeses, stuffed spicy olives and roasted chicken and a couple of Cokes. I know! We should have had some wine but we were saving our alcohol consumption for dinner. 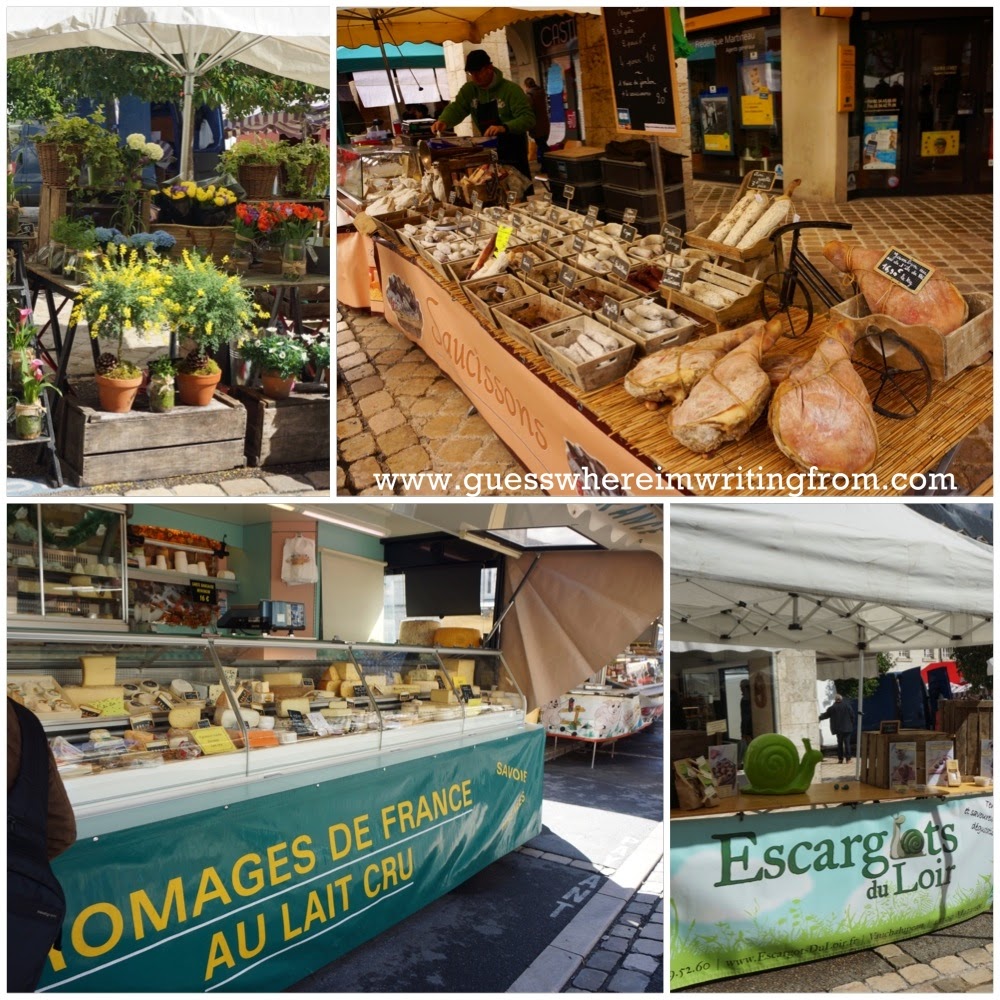 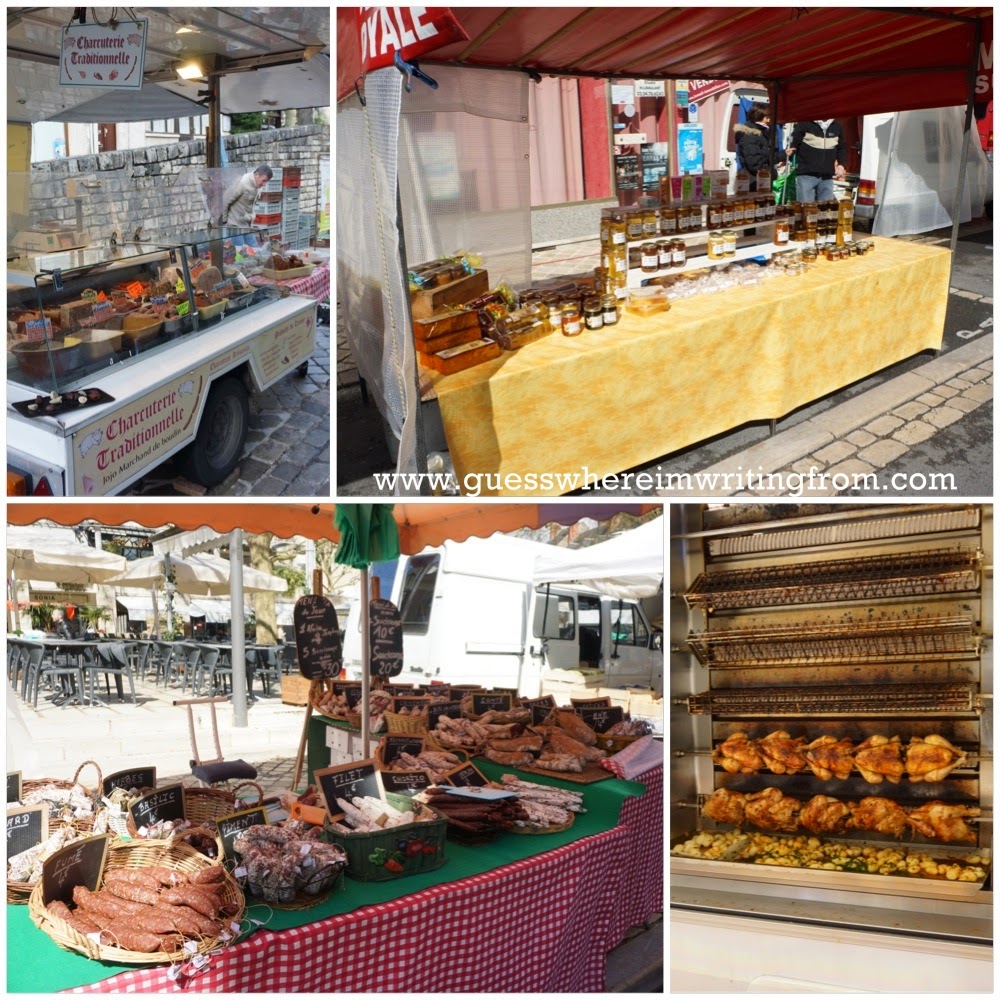 When we were deciding where to stay for the rest of our château-sightseeing days, we were choosing between Blois and Amboise. Wanting to stay in a place with a smaller town atmosphere, Amboise won out.

Aside from its royal château, the town is well-known for the place where Leonardo Da Vinci lived during the last few years of his life. The Renaissance Man was invited by François I and was given the manor house Clos Lucé near the Château D'Amboise. 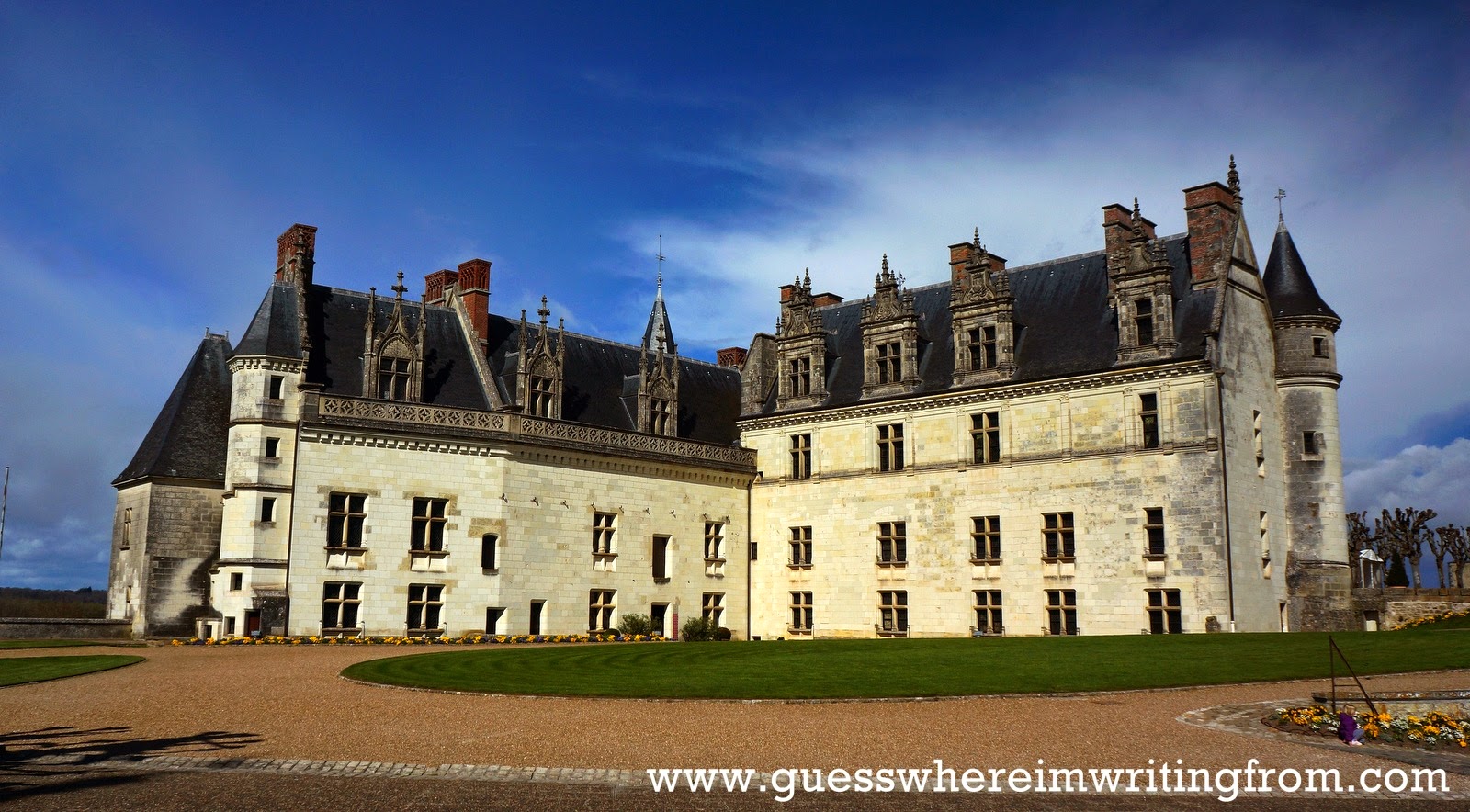 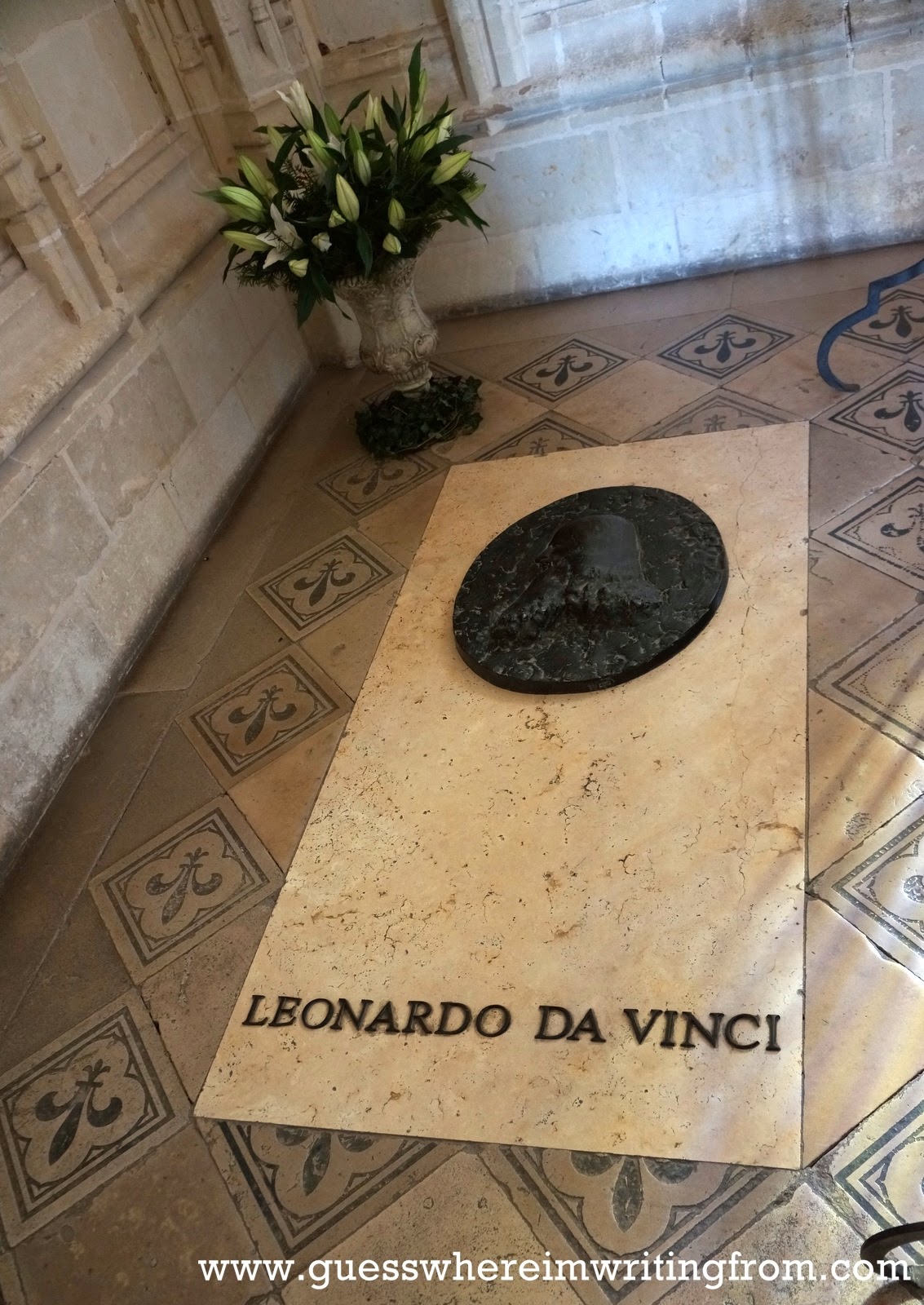 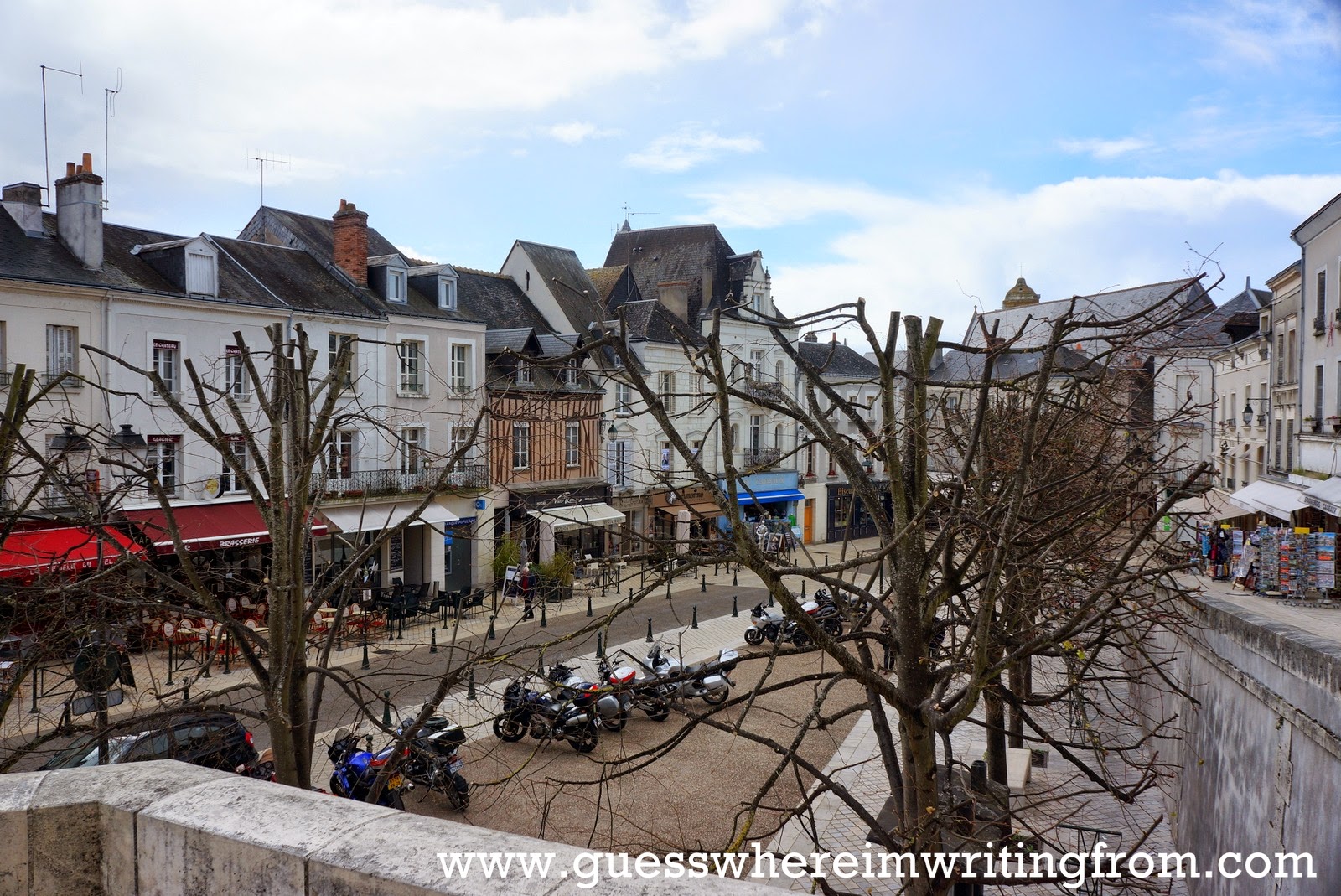 Probably the most famous château in the Loire, Chenonceau is also called the Ladies' Château because of the famous women who have made the château their home. Two of these women were the cousins and rivals, Diane de Poitiers and Catherine de Medici (yup! that's the Medicis of Florence).

Diane de Poitiers was Henri II's long time mistress and love of his life despite their 19-year age gap (Mrs. Robinson French royalty style). Chenonceau was given by the king to Diane despite Catherine, his long-suffering wife, wanting the château for herself. When Henri died Catherine finally exacted her revenge and booted Diane out of Chenonceau. 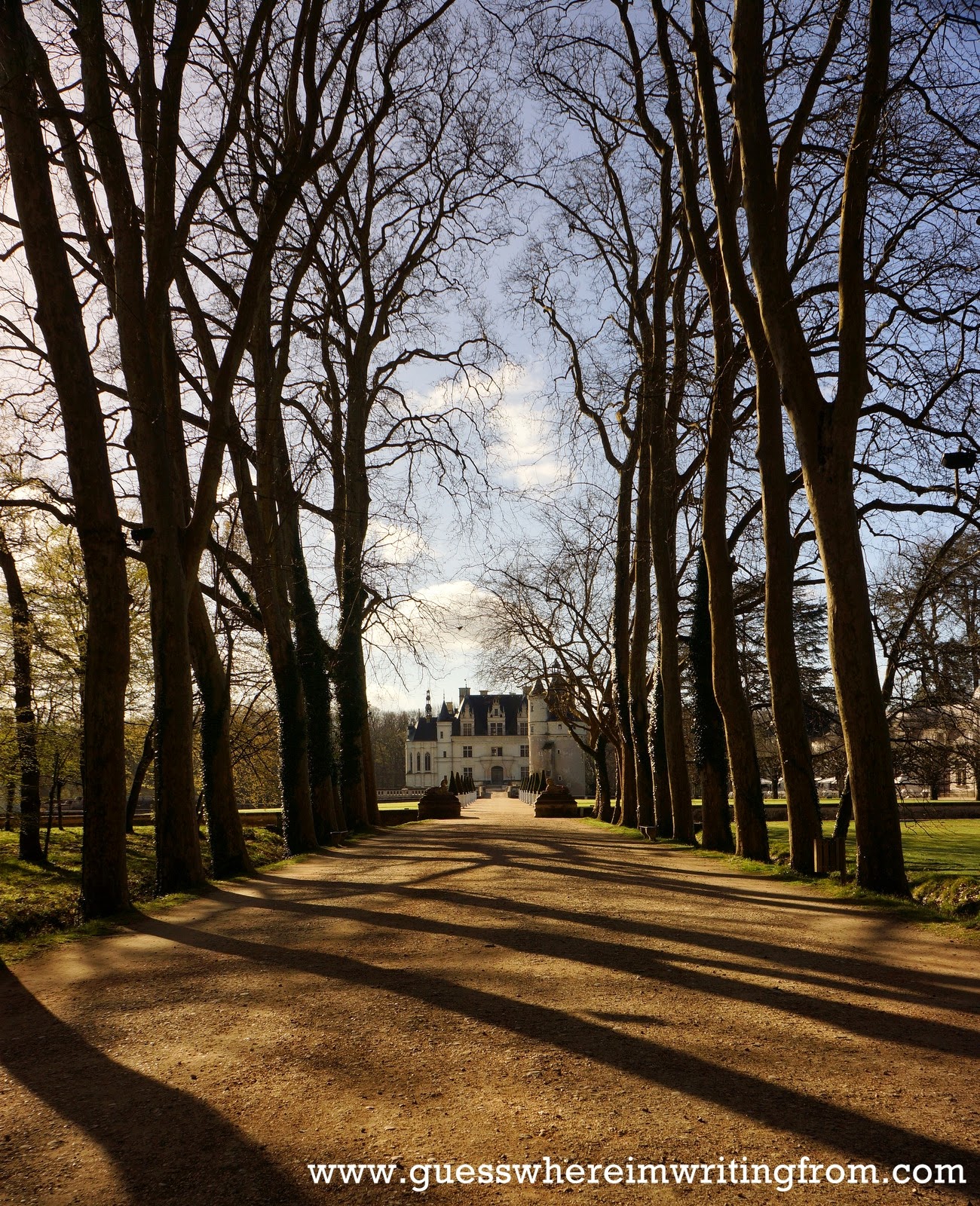 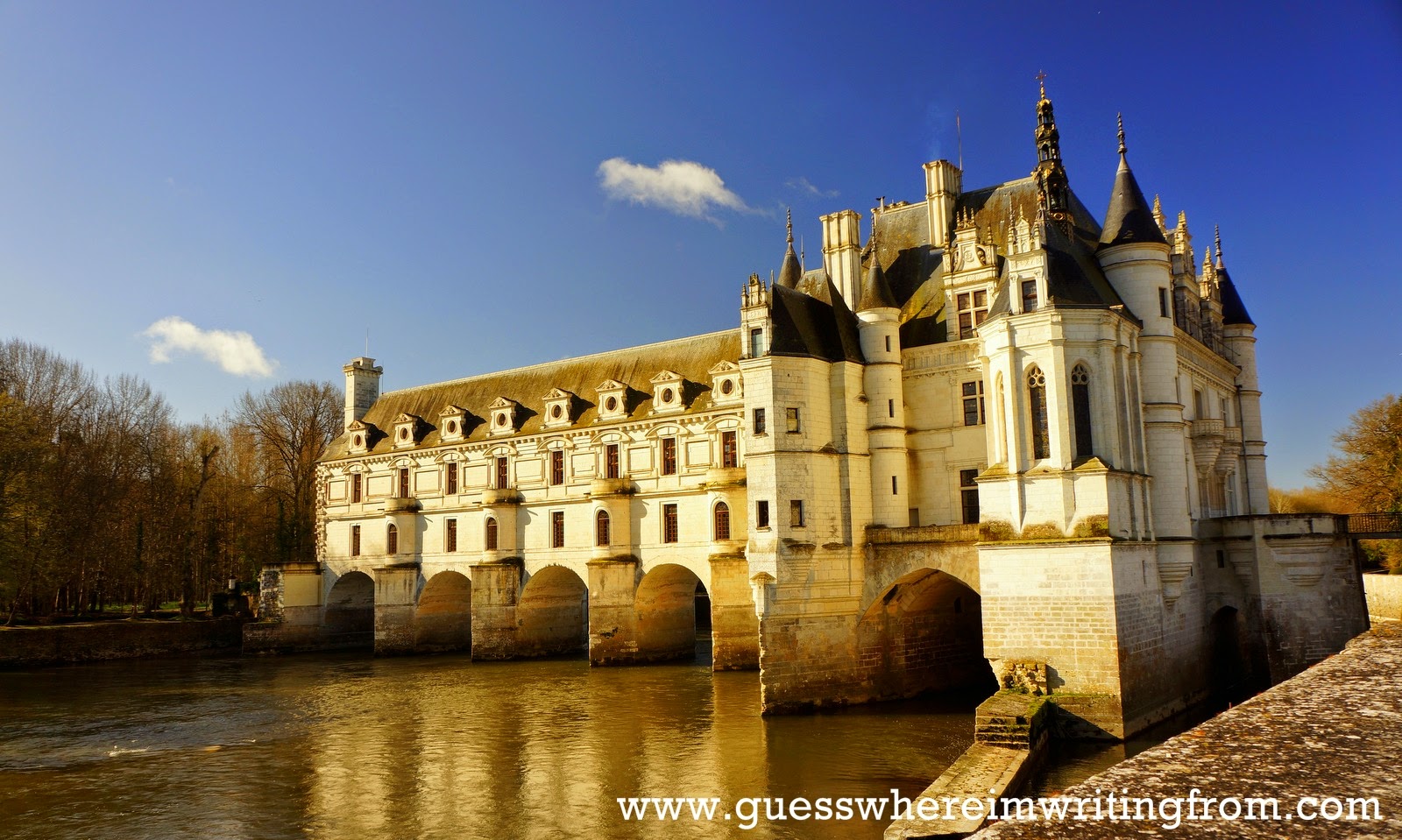 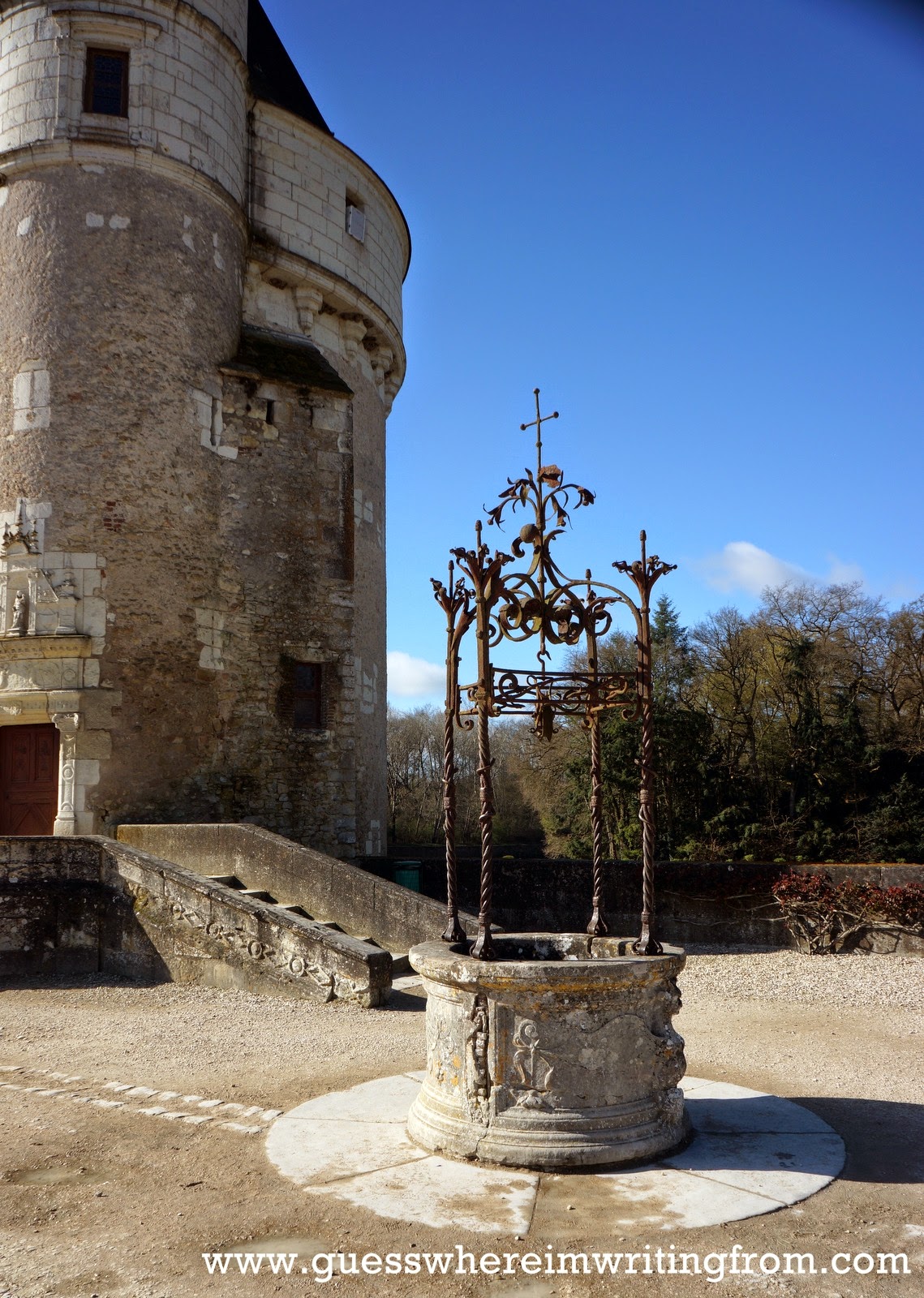 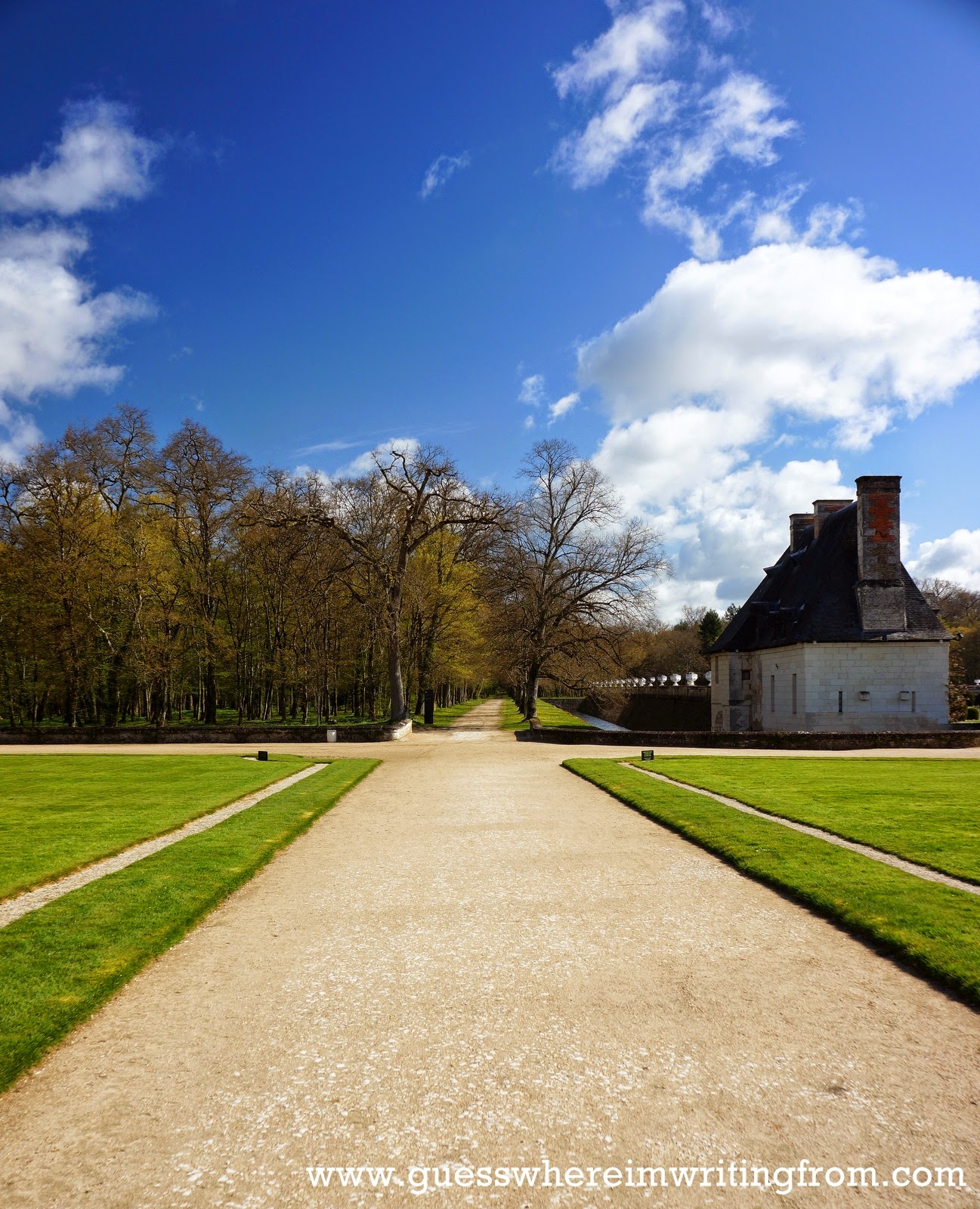 Montrésor, meaning "My Treasure" in French, is a village that has been named one of the Most Beautiful Villages in France (Les Plus Beaux Villages de France). The Château de Montrésor is a 15th century Renaissance château built within the grounds of a former medieval fortress. 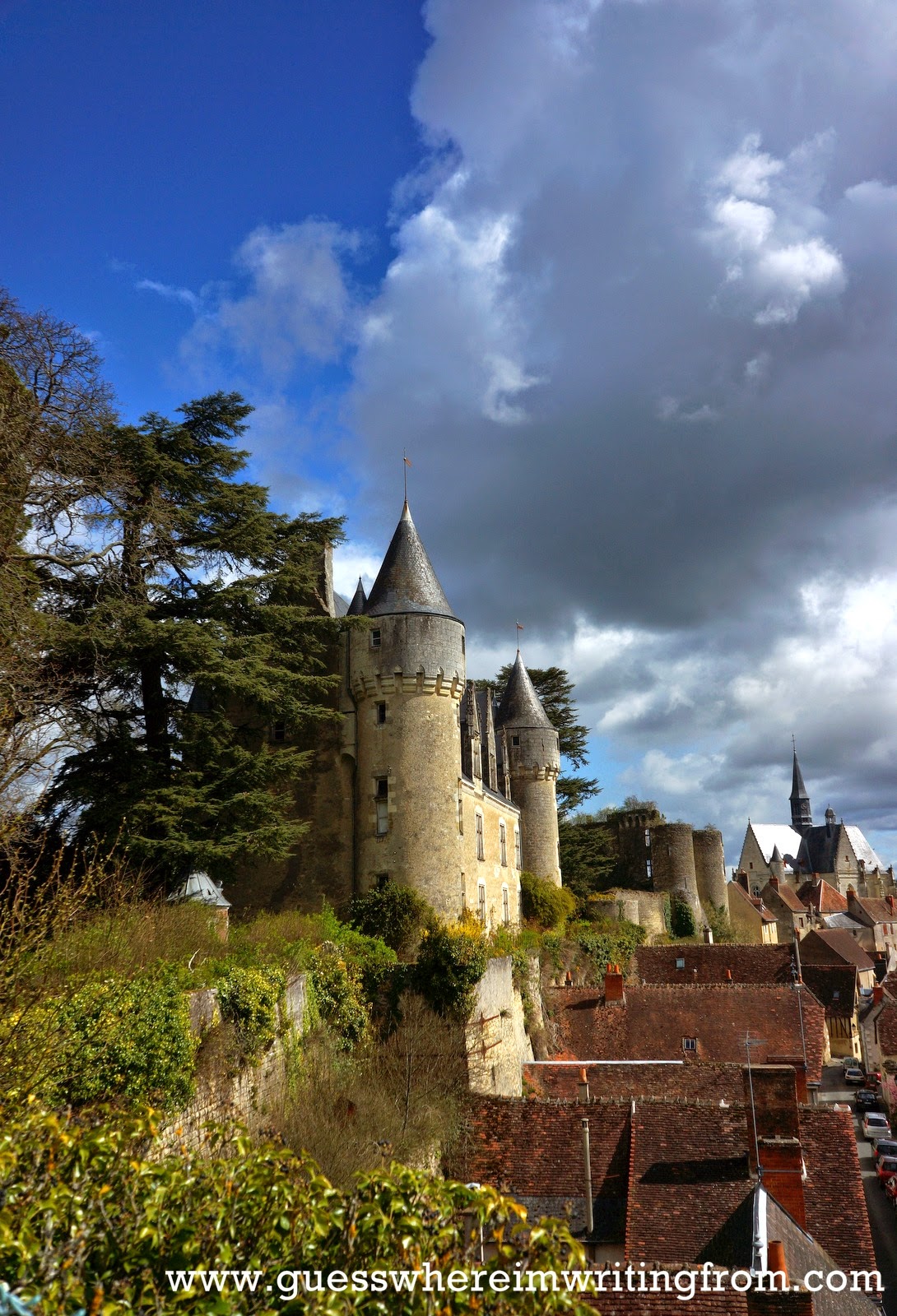 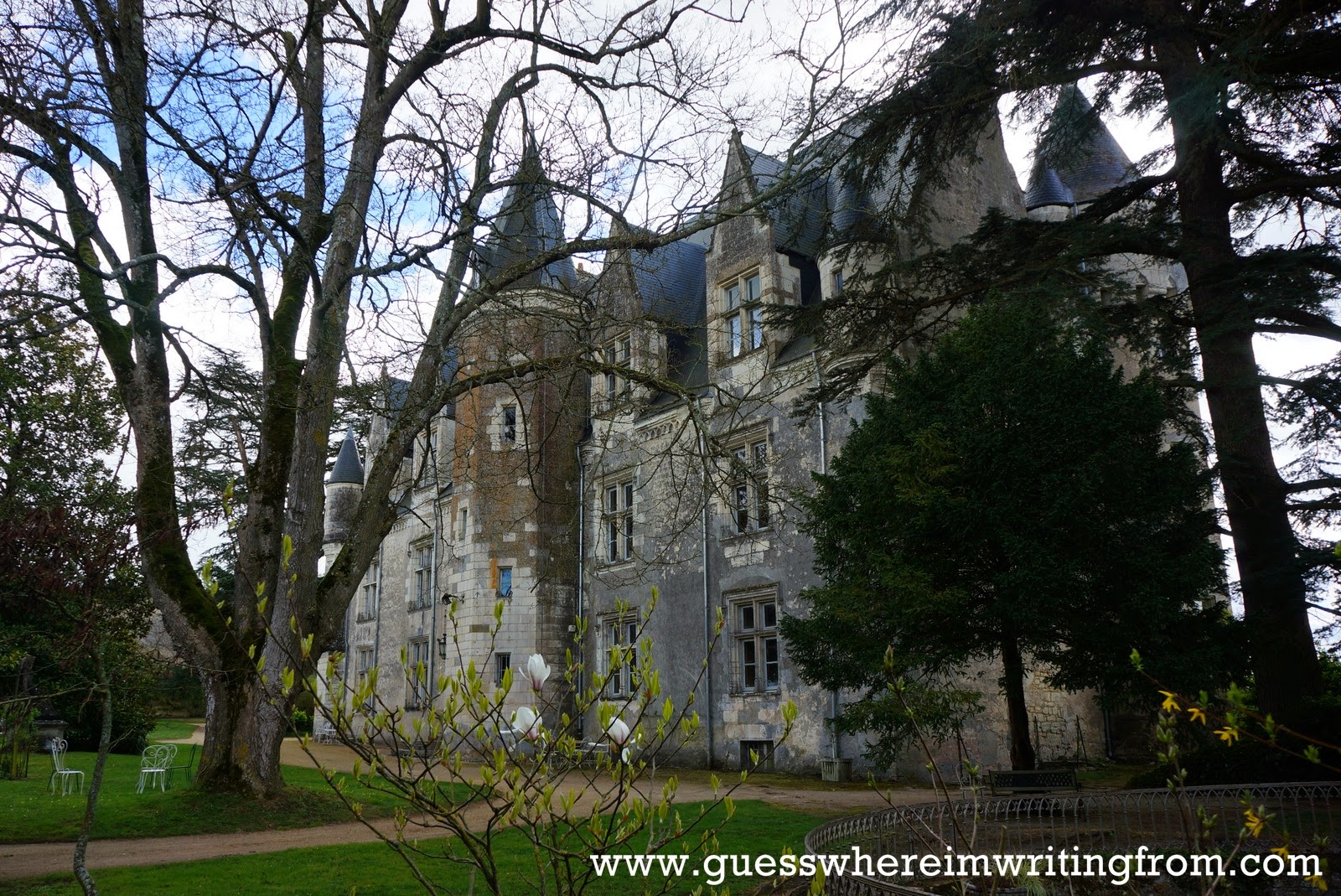 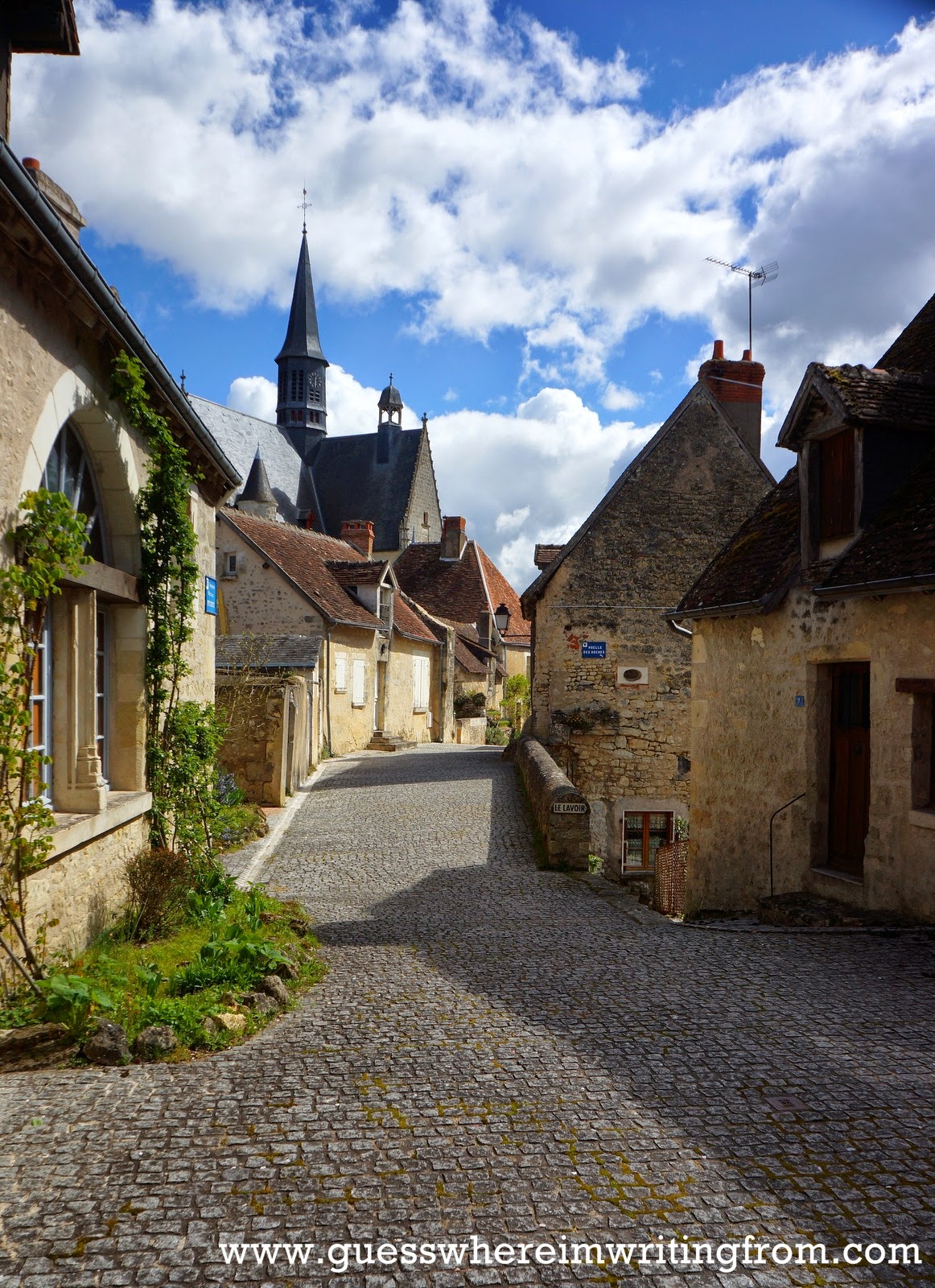 
Next post: Part Three of our Loire Valley Tour