After months of planning and much anticipation, the big K and I are off on a three week trip of Europe. First stop, the city of bicycles, Amsterdam! 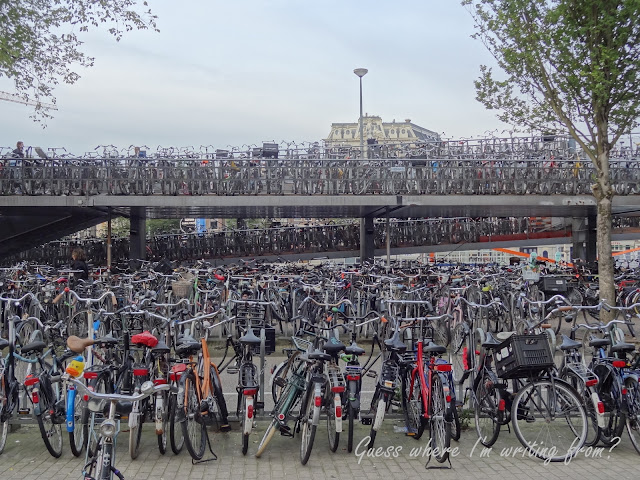 What a sight that greeted us as we got out of Centraal Amsterdam train station. Bikes of all shapes and sizes!!! They even have their own tri-level bike park. 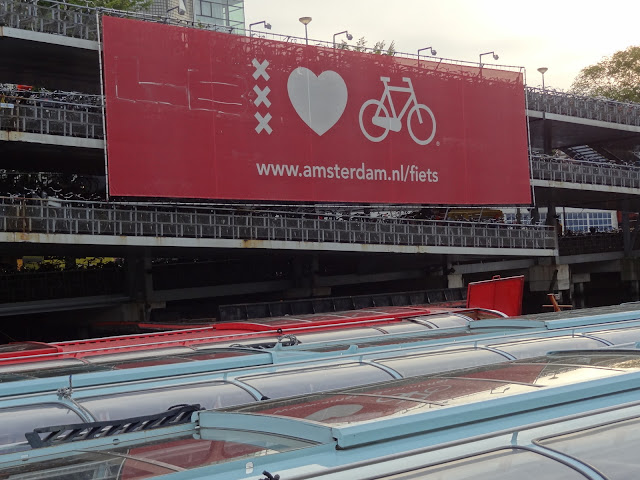 It suddenly dawned on me that I was finally in Amsterdam. I have always transited at Amsterdam's Schiphol airport but never had the opportunity to see the city until now. I couldn't contain my excitement enough I started taking pictures left and right! Tourist alert! 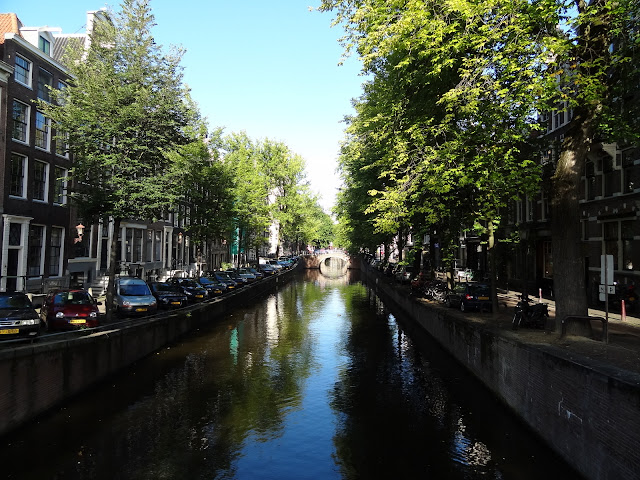 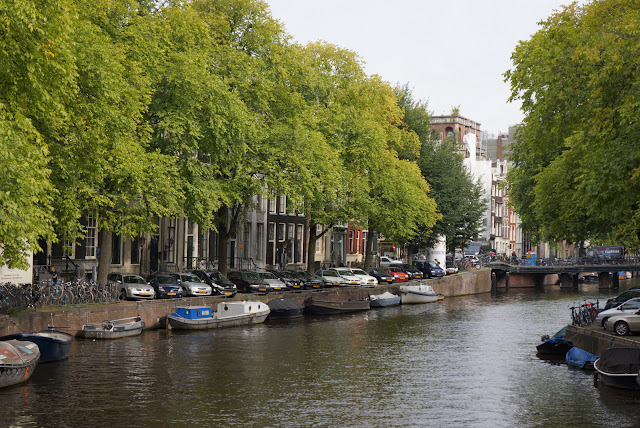 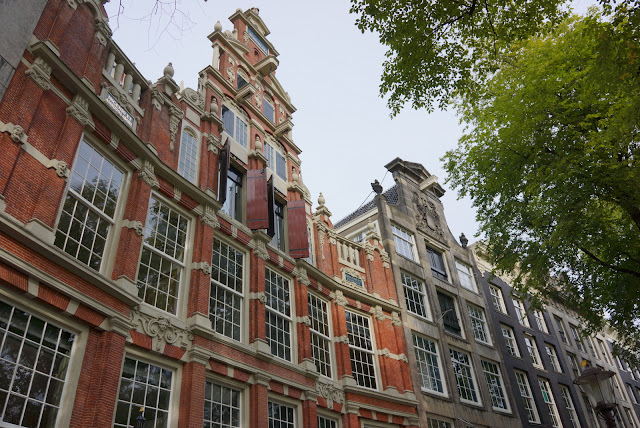 Instead of taking the tram or the cab from the train station to our B&B, the big K and I decided to walk as we wanted to stretch our legs after sitting on a plane for 13 hours. It was only a 20 minute walk anyway. Hah! Easier said than done. Turns out our walk stretched to an hour as we slowly lugged our bags through the cobbled streets of Amsterdam. Of course, stopping for pictures along the way didn't help the matter either.

Before I suffered permanent damage to my arm (try pulling a 35 pound bag through cobbled stones and you'll know what I'm talking about), we finally arrived at our B&B, Sunhead of 1617. The B&B stood out among the row of narrow canal houses with its bright orange-red facade and cheery yellow trim paint and a sun's head icon, of course!

We were warmly welcomed by the charismatic owner, Carlos. It was still early for check in so we dropped off our bags and decided to walk around and find us some breakfast. 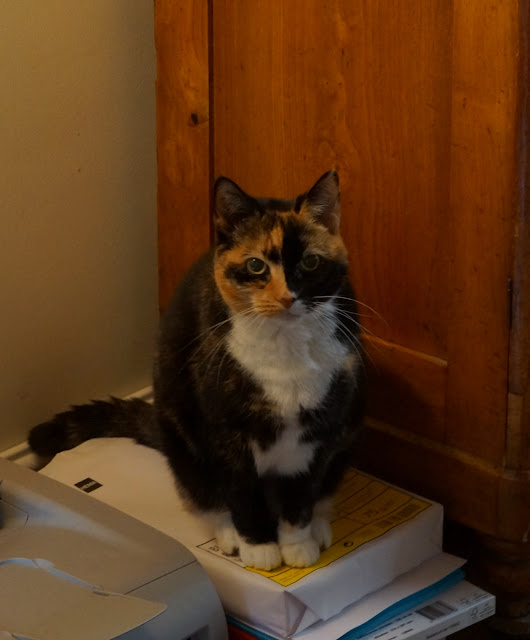 We found a breakfast place nearby called Sara's Pancake House and decided to try what else their pancakes. We were a bit surprised to see that it was a one woman show. The lady who got our orders was also the one who did the cooking and serving. The service was a bit slow but understandable since there was only one person working.

Our pancakes finally arrived, Nutella and banana for the big K and blueberry for me. The pancakes were not the thick and fluffy kind that we are used to instead they were crepe thin and bigger than our faces! Now how the heck do we eat that? Furtively looking at the other diners, we saw them fold the pancake crepe style. It looked like a giant deflated "lumpia" (spring roll). But oh boy they were good pancakes! We still have dreams of those huge yummy pancakes!